Snowflakes, Money Scripts, and the Cost of Living 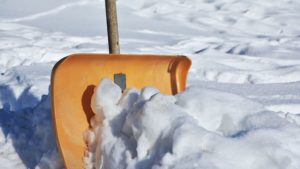 Suppose you earn $45,000 at a job in Rapid City, SD, and you learn that someone doing the same job in Redwood City, CA, earns $60,000. Your instant conclusion is likely to be that they enjoy a higher standard of living than you do.

That assumption would be a money script. It is neither completely true nor completely false. While it may be true if the person earning more lives in the same location you do, it starts losing all relevancy if they live somewhere else. Even if the other person earns more dollars than you do, you can’t accurately compare lifestyles without factoring in the local cost of living.

If you only looked at the dollars earned, you might be inclined to complain about the low wages in Rapid City. You might even take action to raise awareness of this apparent inequity and urge legislators and community leaders to make local wages more livable.

Your energy around this issue might be fueled by a second money script you wouldn’t even be aware of. We often perceive that the higher someone’s salary, the smarter and more successful they are. Tucked away deep within the inner folds of our emotional brain, we might believe that if someone else doing the same job is earning more money, then we must be less smart or valuable. We must be worth less.

This phenomena was driven home to me recently as I researched the average salaries of various positions in financial planning firms. I looked at several annual surveys of wage ranges. I also surveyed a dozen of my financial planning peers located all over the US, from Florida to California and Minnesota to Texas. Surprisingly, I discovered that the range of salaries was very tight. Senior financial planners with 10 years or more of experience earned $130,000 to $150,000 and operation managers $83,000 to $90,000.

What shocked me was that location was irrelevant to the wage, despite large variations in the cost of living. That cost was over three times as much in Redwood City, CA, as in Minneapolis, MN. A planner earning $140,000 in Redwood City had the equivalent lifestyle of one earning $46,666 in Minneapolis. One of the biggest factors is housing. According to Zillow, the median home value in Minneapolis is around $263,000; in Redwood City it’s $1.675 million.

Why, I asked a colleague in Redwood City, do people want to live in California with a lifestyle a third of what they could enjoy in Minneapolis or Rapid City? She wrote, “We have to assume that people are not crazy…. that the markets accurately reflect value at some level.”

It stands to reason that people must see value in things other than monetary. She suggested those non-monetary draws were greater perceived employment and entertainment opportunities, specialized communities, and no snow.

Her “no snow” comment was enlightening. Apparently, for many people, a 67% reduction in lifestyle is the tangible value of living in a snowflake-free location. Personally, I would rather bear a few weeks of snow each year and effectively earn three times more. Many people must prefer to bear bumper-to-bumper traffic on snowless freeways.

Maybe, as well as giving job applicants a cost-of-living comparison, my firm should add snow removal services to our benefits package.