“So Daddy Pays You?” Divorce, Money, and Emotions

Kirsten was divorced and had primary custody of her eight-year-old son, Jack, who spent every other weekend with his father. One Friday evening when her ex-husband came to pick up their son, he handed Kirsten a piece of paper and said, “Here is your check.”

Jack looked up at his mother and said, “Oh, so Daddy pays you?”. 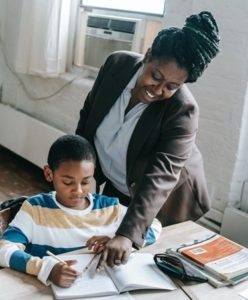 A divorce is more than the termination of a marriage. It’s also a major financial event that can have repercussions for many years to come. There is no greater threat to your financial wellbeing than divorce, unless you are very wealthy or very poor. In most cases, both former spouses will see a decline in their lifestyle.

The money-related emotional repercussions can be significant, as well. During the marriage, Kristen had sacrificed working full time in her career to stay home and raise their son. After the divorce, she had to return to full-time employment. Her salary, plus the child support that her ex-husband paid conscientiously, were not enough to support the lifestyle the family had maintained during the marriage.

While not working wasn’t an option for Kristen, it presented a number of emotional challenges for her. She loved both her work and her son. She regretted not being as present in Jack’s life as she had been as a stay-at-home parent. She resented that her current job was at a lower salary level than she would have reached by now without the years she had spent at home. She blamed herself for having become financially dependent on her husband, something she had feared from childhood and had promised herself she would never do.

When her son innocently said, “Oh, so Daddy pays you?”, the words cut deep for Kristen and instantly brought up a plethora of thoughts and feelings.

Fortunately, Kristen had a financial therapist in her life that was able to help her unpack and process the multifaceted emotions and beliefs aroused by her son’s innocent words.

She discovered that a part of her was feeling angry, hurt, and ashamed that she could no longer be at home with Jack because she had to work. The anger was around the deep hurt she still felt as a result of her husband dissolving the marriage, and the shame was from her contribution to their marriage failing.

Her son’s question also triggered another part of her that feared being dependent on anyone. That part felt safest when she was employed and wanted Kirsten to work really hard so she wouldn’t have to depend on her ex for child support. Still another part of her interpreted Jack’s words to mean he thought that his father was fully supporting them. This left her feeling minimized and unseen for her contributions—both financially and in bearing the responsibility of being the primary parent—without which she and her son would not be able to survive.

Once she had gained this understanding of her own emotions, Kirsten set aside a time to talk with Jack about finances. She told him she wanted to give him some more information around the check that Daddy gave her. She explained that both she and his father loved him very much and that they both contributed money to make sure he had food, clothes, and a warm bed to sleep in. The check was Daddy’s share of that contribution. She also reassured him that she missed being at home with him as much as she had been in the past, that she also enjoyed having a job, and that both she and his dad would always make sure to take care of him.