The Good Deal Exemption Is No Joke 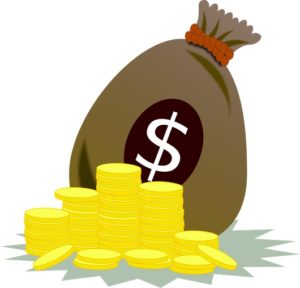 In the business of selling financial products, the “good deal exemption” may be one of the most widely used “rules” most people have never heard of. You can’t find it in any rule book or statute. Even Google has never heard of it. Yet it is used on a daily basis.

The rules and laws surrounding the sale of financial products are complex and voluminous. Even with the best of intentions, it isn’t hard to run afoul of a rule.

Under the good deal exemption, however, a licensee can violate any rule or statute as long as the investment sold to the customer turns out to be a “good deal.” This is a tongue-in-cheek way of saying you can violate any rule you want as long as the customer doesn’t file a complaint or sue you. Which they will rarely do if the deal turns out to make them loads of money.

It’s when investments go bad that customers often complain or sue, not because they were aware of any securities violations, but because they lost money. It’s the ensuing investigation by the regulating body and the customer’s attorney that uncovers any violations.

Recently, I came across a perfect example of the good deal exemption. A married couple I knew, Arnie and Audrey, invested with Bernie (not his real name) 30 years ago as they neared retirement. He put their entire savings of about $310,000 into mutual funds that invested in common stocks. Because of a pension and Social Security, they didn’t need any income from their investments.

At the same time, Arnie put his investments into a revocable living trust, naming Audrey as the trustee and beneficiary. Eleven years later, when Audrey was 80, Arnie died.

Losing her husband’s pension income and one Social Security check, Audrey needed to start drawing $2,000 a month from the portfolio. While most advisors would have recommended reducing the risk and volatility of the portfolio by investing less in stocks and more in bonds, Bernie kept Audrey invested 100% in stocks. This is aggressive for any 80-year-old needing income from a portfolio. He made no changes as the years went by.

At 85, Audrey started showing signs of dementia. Bernie rightly suggested appointing someone other than herself as trustee. But rather than naming one of her three children (who didn’t trust Bernie and may have transferred the accounts), he convinced her to appoint his wife, who also worked in his office, as trustee. In any broker’s books, this was a serious ethics violation.

Recently, at age 99, Audrey died. Her account had done phenomenally well, being 100% invested in US stocks, which for the last 10 years was the best investment class on the planet. Her $478,820 had grown to $1,300,000, providing her a $2000 monthly income and a substantial estate that she left to her children.

Despite the inappropriately risky investments and the ethics violations, Bernie and his wife are probably protected by the good deal exemption. Given their substantial inheritance, Audrey’s children are unlikely to sue.

This happy ending was due primarily to luck. Audrey lived long enough and at the right time so her portfolio recovered. However, if luck were a sound investment strategy, Las Vegas would be full of millionaires happily retired on their winnings.