I often say that understanding money and how it works is a 21st Century survival skill. This is not an exaggeration. What you don’t know about money—as well as what you think you do know about money—has the potential to literally kill you and those you love. 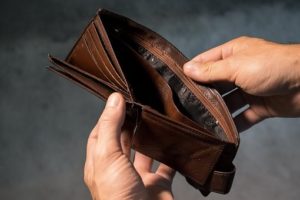 A comprehensive research project done by Columbia University in 2011 on the impact of social factors on mortality found that 4.5% of U.S. deaths could be attributed to poverty. Research overwhelmingly supports a huge correlation between financial illiteracy and not having enough money.

Most Americans, apparently, think they know more about money than they do. According to Craig Hawley in an October 2019 Kiplinger article, a FINRA study found 71% of Americans say they are financially literate. Yet by age 40, 66% can’t correctly answer five questions on fundamental concepts of money or understand three basic financial literacy topics. A 2019 GOBankingRates survey found seven out of 10 Americans have saved less than $1,000 of cash. The facts don’t suggest we are a nation of financial literates.

What’s the reason for the disconnect between our actual and perceived level of financial competence? For one thing, part of the human condition is that facts don’t matter if they don’t align with one’s world view. This is one reason so many of us hold onto delusional beliefs about money. We tend to be reluctant to undergo the arduous, painful process of challenging and modifying our world views.

How do you know if your firmly held beliefs about money may be putting you and your family at risk? How can you tell whether you are part of the 71% of Americans who think they are financially literate, but are not? One indicator that you may have a gap in your financial belief system that isn’t serving you well is if you are among the seven out of 10 Americans that have under $1,000 in a savings account. Other red flags include accumulating credit card debt for everyday expenses, experiencing chronic anxiety about money, or feeling ashamed of your financial situation.

If you want to find out whether some of what you believe about money isn’t true, how do you begin? The first step is to become willing to “unlearn” everything you think you know about money. This is far easier said than done. It is hard to become open and willing to examine long-held core beliefs. This is especially true about money due to the huge levels of societal shame in the US associated with both having and not having money.

Shifting your core beliefs may be easier to consider when you understand that many of them come from childhood. Chances are they served you well at one time. As your life has changed, you may still subconsciously hold onto the beliefs without realizing that they may no longer be useful.

Robert Bly, whose work focuses on men’s emotional growth, sums this up well in a poem from his 2013 book Stealing Sugar from the Castle.

One Source Of Bad Information

There’s a boy in you about three
Years old who hasn’t learned a thing for thirty
Thousand years. Sometimes it’s a girl.
This child had to make up its mind
How to save you from death. He said things like:
“Stay home. Avoid elevators. Eat only elk.”
You live with this child, but you don’t know it.
You’re in the office, yes, but live with this boy
At night. He’s uninformed, but he does want
To save your life. And he has. Because of this boy
You survived a lot. He’s got six big ideas.
Five don’t work. Right now he’s repeating them to
You.