A financial advisor that you feel you can trust is not automatically one who is trustworthy. Making that distinction can be crucial to your financial well-being. 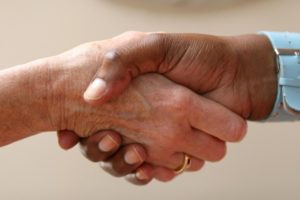 “Feeling” that a person is trustworthy or “listening to your gut” is not a safe way to select someone with whom to trust your financial future. One of the reasons that con artists succeed is their skill at getting people to trust them.

For example, 4,800 people who collectively invested $64.8 billion with Bernie Madoff—whose name has become synonymous with “financial scam”—felt they could trust him. They were wrong. He persuaded them to trust him but turned out to be totally untrustworthy. Many lost their life savings as a result.

How could so many people who had accumulated around $13.5 million each make such a terrible misstep in feeling they could trust Madoff?

A December 22, 2010, Forbes article, “Why Everybody Trusted Madoff,”  offers some clues based on a study done by Li Huang and J. Keith Murnighan at Northwestern University’s Kellogg School of Management.

One of the reasons many trusted Madoff was that others they respected and trusted were investing with him. It was a form of, “If anyone is good enough for my friend, they are good enough for me.” According to Forbes, “Even if he didn’t seem trustworthy, the fact that his closest relatives and associates invested with him could have provided a subtle, non-conscious signal that he was actually trustworthy.”

Another reason that some people trusted Madoff was they relied on their “gut instincts.” They made a decision based in the brain’s limbic system, which controls basic emotions, without much cognitive analysis.

People who choose financial advisors in this manner could benefit from developing their emotional intelligence. One component of EI requires self-awareness and self-regulation. This is the ability to recognize and understand one’s emotional history, wounding, and attractions, and to separate the feelings from actions that could be hurtful to your finances.

In other words, even though your gut says you can trust an advisor, set those feelings aside while you do some cognitive analysis. Pay attention to the following  signs that someone may not be trustworthy.

What you want in an investment advisor is the opposite of these warning signs. To find someone trustworthy, look for an advisor who emphasizes the risks and explains what you could lose as well as gain. A trustworthy advisor will never pressure you to make a quick decision and will go to great lengths to explain the investment clearly and concisely. They will also put a lot of time into getting to know you and insist on regular meetings and performance updates. And finally, they will be very clear on how they make their money.

The safest advisor will be one who is held to a fiduciary duty and has no conflicts of interest. In that regard, a consumer’s best bet is a fee-only investment advisor.