What To Expect From Rising Interest Rates 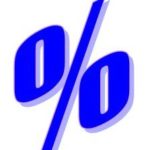 In December, the Federal Reserve raised the federal-funds lending rate by .25%, only the second increase in the past decade. The day the rate hike was announced I received several calls from journalists, all wanting to know what this means for the economy. My email inbox also started filling up with questions about the effect rising interest rates will have on real estate and stock investments.

My best answer? We never really know what to expect from rising interest rates. The core driver of all free markets is people’s behavior. And our behaviors are largely driven by emotion rather than logic. Even when we think we are being logical, we are often reacting emotionally. Daniel Kahneman’s research shows that we make 90% of all financial decisions emotionally, not logically. It took me some time to accept the truth of that research and the reality that it did apply to me, too.

Let’s consider what rising interest rates might bring to the various markets. The first asset class we usually become concerned with is the bond market. This is where people and organizations lend money to corporations and governments, in turn receiving a fixed interest rate over a period of time that is typically 3, 5, 10 or even 30 years.

Suppose you bought a bond in which you loaned money to the US government for 30 years at 2.5%. If the going rate increased to 4.5%, you would not be very happy. You would be losing 2% a year in potential income you might earn if your money wasn’t tied up in the 30-year bond. Since the bond isn’t due to be repaid for 30 years, the only way you can get out of it is to sell it. No one is going to want a bond paying 2.5% when they can get 4.5%, so you are going to have to take a loss and sell the bond at a discount. So clearly, when interest rates rise the holders of long-term bonds get clobbered compared to shorter-term bonds.

The reverse is also true. If interest rates go down, the longer-term the bond the more valuable it becomes, as investors become willing pay a premium for bonds with a higher interest rate than the current market rate.

It’s hardly surprising, then, that when interest rates are rising many advisors recommend holding short-term or intermediate-term bonds that mature or pay off in 1 to 5 years. The idea is that when interest rates rise, the price decrease of shorter-term bonds is less because of the shorter time to maturity when you get your money back and can reinvest at the higher rates.

From this you might logically conclude that, when interest rates rise, long-term bond prices always fall. Not necessarily.

The bottom line is that we can’t depend on any markets to be logical. The bond market, like the stock market, is a free market driven by emotions. This human factor is a good reason not to take bets with your long-term investments on what the market response will be to anything.