When Couples Are Not Financial Equals

References to income and wealth inequality generally focus on how unevenly income and wealth are distributed throughout a population. The greater the gap between those at the top and the bottom, the more problematic it can be to the social health of a country.

In a marriage or committed relationship, income and wealth inequality between partners also present some challenges that don’t exist where the partners are financial equals. 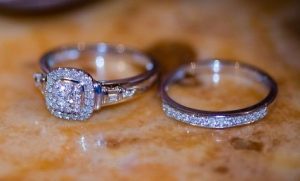 Money is rarely discussed in the early attraction stages of a dating relationship. This dynamic is seen on popular dating shows like Netflix’s “Love Is Blind” and ABC’s “The Bachelor” and “The Bachelorette.”

Not all income and wealth inequalities produce the same outcomes. Here are the dynamics I most often see:

Each of these dynamics comes with its own variations, which I’ll discuss further in next week’s column.

What’s most interesting to me is that the greatest stress and pressure often doesn’t come from the couple’s response to the financial inequality, but from WWPT—”What Will People Think?”. In this case, “people” frequently means friends and family who may not be mute about their concerns or disapproval.

There are additional issues in socially combining the partners’ family and friends. Money scripts and financial comfort zones around “rich” and “poor” people—on the part of both partners as well as their family and friends—can make for challenging interactions that range from awkward to relationship-ending.

As a result, the pressures exerted by family and friends can actually end up being one of the greatest challenges for financially unequal couples.

Typically, it will take above-average determination, introspection, and transparent communication for a couple to overcome the challenges of financial inequality. The good news is that the inequality often almost forces a couple to have “the money talk” relatively early in the relationship. That in itself can result in a better chance of such a relationship succeeding.