When Frugality Is Not a Virtue But a Risk

Frugality is a valuable financial habit. It’s the number-one common denominator among people I know who are wealth builders. This makes sense, since no matter how much you make or what you may invest in, you’ve got to be able to live on less than you make in order to have money to invest.

In some circumstances, however, frugality can be dangerous. 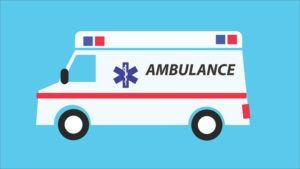 Frugality is found in a plethora of money scripts. Some examples are: “Always select the least expensive option.” “If you don’t need it, don’t buy it.” “Do it yourself instead of paying someone else.” “Do without now in order to have enough in the future.”

Like all money scripts, in the right circumstance these frugal beliefs work perfectly. A frugal money script like, “Always select the least inexpensive option,” may work well when comparing S&P 500 index funds, Series 4 Apple Watches, or 87 octane gasoline. It’s not such a good guideline in other circumstances: for example, comparing the cost of an ambulance versus driving yourself to the hospital.

I learned this particular lesson recently through dealing with some serious health concerns of a member of my family. A healthy, athletic older woman, she suddenly developed dizziness, vomiting, slurred speech, and other symptoms that suggested a stroke. A family member drove her to the emergency room.

The ER staff were not convinced she was having a stroke because she had no weakness on one side of her body. They finally did MRI and CT scans and found nothing wrong. The hospital radiologist and a neurologist diagnosed “old age” and sent her home.

Three months later, with her speech and balance only somewhat improved, she consulted a neurologist for a second opinion. Looking at the previous MRI and CT scans, this doctor confirmed the family’s suspicion that she had suffered not one, but several strokes. He told them, “Next time this happens call 911 so they can assess your situation and start you on a drug to clear the clot.”

Soon after that she had another episode of vomiting, slurred speech, and increased dizziness. Remembering the instructions to call 911, but knowing how expensive an ambulance ride would be, she called a family member to take her to the emergency room. Again, the ER staff ordered MRI and CT scans but found no evidence of a stroke or need for the clot-clearing drug, and sent her home.

Upon learning this, the neurologist, put his face in his hands. “I told you to call 911 because it’s imperative that you show up at the ER by ambulance. The EMT will call ahead to report a suspected stroke, which procedurally sets a whole series of events in action which ends up with you getting the drug within three hours. If you just walk in, you risk that you will not be taken seriously and the legal invocation of a ‘stroke alert’ won’t happen. You may not get the care you need, just as you didn’t on your second visit. You are lucky you are still alive.”

Now, had the neurologist initially explained the reasoning behind his instructions to call 911, chances are the patient would have done so. Without that knowledge, she defaulted to her frugal money script that the cheaper option of driving to the ER would serve as well as calling an expensive ambulance.

Following that money script could have cost my relative her life. She told me, “That was a scary way to discover a money script that I need to modify.”

In matters of health, a wise money script to follow is, “Select the most medically appropriate option, not the least expensive one.”