Why Socially Responsible Investing Has a Limited Impact 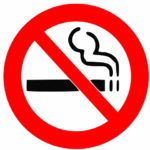 The concept of socially responsible investing is far from new; the first SRI fund appeared in 1952. Since then, these funds have used social and ethical screens to exclude companies selling products like tobacco, alcohol, or firearms.

You may not have heard of the next generation of SRI funds, called ESG funds, which means environmental, social and governance funds. Social responsibility is just one-third of the expanded focus of these funds, which also look to include companies that are sensitive to the environment and have more holistic corporate governance.

In recent years, ESG investing has exploded. According to a July 11, 2018, article in Forbes, “The Remarkable Rise of ESG,” by Georg Kell, over $20 trillion is invested in ESG funds. This accounts for 25% of all the professionally managed assets in the world. There are currently 275 ESG mutual funds and ETF’s from which to choose.

Yet one facet of investing in ESG funds is widely misunderstood. While ESG investing may help you feel better about yourself, it does not actually impact or hamper the companies you choose not to own.

This may come as a surprise to many ESG investors, who commonly believe that by not owning the shares of an offensive company they are restricting the flow of capital to that company, thereby imperiling its existence. For the most part, that isn’t the case.

Listed among the worst offending companies by several ESG organizations are Philip Morris, WalMart, Tyson Foods, Pepsi Corporation, Coca-Cola, and Chevron. No dedicated ESG investors would have these companies in their portfolios. None of these companies would care or be hurt in the least if you didn’t own any of their shares.

Why? The only time a company benefits from a sale of stock is when the company initially goes public (called an initial public offering, or IPO) or issues additional new shares to raise capital. These are actually fairly rare events.

Most stocks are bought and sold in the “secondary” market through exchanges like the New York Stock Exchange. These platforms facilitate transactions between individuals or institutions wanting to buy or sell shares in a company. The money moves between the buyer and the seller; none of the money goes to the company.

Another way companies receive funding to support their ventures is to borrow money from investors. This is called issuing a bond and is similar to an IPO, only the investor receives a promise from the company to pay them back at some future date and receives interest on the loan in the meantime.

Just like stocks, bonds are only issued by a company once. From then on, buying and selling bonds is done on the open market, and none of the money paid or received goes to the company.

So if you want to punish a company, don’t buy stocks or bonds it issues directly. Otherwise, excluding its shares from your portfolio has no effect on the company’s profits or cash flow.

But if no one bought a company’s shares on the secondary market, wouldn’t that have an impact? Yes, it most certainly would. If the demand for the shares of a company dried up, the company’s stock price would plummet.

The problem is the demand for the shares of these companies isn’t going away as long as they remain profitable. If 25% of investors purchase ESG funds, that leaves 75% of the market willing to buy these companies. This includes the 20% of stocks owned by passive index funds, which own the entire market.

Next week, I’ll discuss the profitability of ESG funds and suggest another way to align your money and your beliefs.