Why We Avoid Getting Advice From Financial Professionals

One in four Americans didn’t get a routine medical checkup in 2019, and 3.3 million Americans have never had a regular checkup. These alarming statistics were presented in a March 18, 2020, Business Insider article by Zoe Ettinger. The flipside of these numbers—which sounds much less alarming—is that 75% of Americans did get checkups and 99% have had a routine checkup at some time in their lives.

Why do so many people pay attention to their health? The answer may seem obvious. Ignoring your health is the fast lane to reducing your quality of life and even prematurely ending your life. It just makes intuitive sense to pay attention to your physical health, which is one of the three major components to wellbeing.

Given that we understand how important it is to take care of our physical health, it puzzles me why we give so little attention to the two other major components of wellbeing: our financial and emotional health. 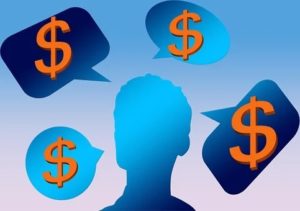 What would the reaction be if statistics showed only 17% of Americans had a family physician and that 75% of Americans relied on themselves for medical knowledge? There would be widespread alarm in the medical community and within various federal, state, and local governments. Billions would be poured into advertising to educate Americans on the urgency of taking care of their health. Campaigns would raise awareness of how neglecting one’s physical health financially impacts all Americans, raising taxes and requiring governments to needlessly spend trillions on costly health care that could have been easily and much less expensively avoided with prevention.

I don’t believe the problem is that people don’t realize their financial health is crucial. With half of Americans not able to come up with $1,000, it seems to me the average person understands the importance of financial health.

Why? Unlike these other professions, financial professionals have no requirement for formal education. In addition, most have an inherent conflict of interest, as they are compensated by selling financial products. A huge number of people needing financial planning don’t need to purchase a financial product, much less one with high fees and commissions. They need unbiased financial advice on a host of issues, few of which concern investments.

They won’t easily find such advice until we take the inherent conflict of interest out of the way most financial professionals are compensated and require them to have master’s degrees in financial planning. Those two changes are essential before members of the public will begin to regard planners in the same way as other professionals who can be trusted with their wellbeing.