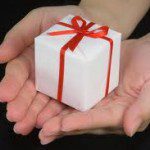 You may have read that Facebook founder, chairman, and CEO Mark Zuckerberg has announced plans to gift substantially all of his Facebook stock to a philanthropic company called the Chan Zuckerberg Initiative, named after himself and his wife Priscilla Chan.

The gift would be made by the end of his lifetime, which, since Zuckerberg is 31, gives him a long time to dispose of his shares. He is limited by the SEC to not selling or giving away annually more than $1 billion in Facebook shares over the next three years. Zuckerberg says in his Facebook posting that he will “continue to serve as Facebook’s CEO for many, many years to come.” This would indicate he probably intends on keeping enough of a majority in the company to maintain control for a long time.

If the company maintains its current pricing (it is currently worth $45 billion), this gift could become one of the largest philanthropic pools in the world. According to his Facebook page, the purpose of the Chan Zuckerberg Initiative will focus on “personalized learning, curing disease, connecting people and building strong communities.”

Zuckerberg set up a limited liability company (LLC) to receive the shares rather than a charitable trust or foundation. This gives him much more control over how the money is spent than he would have over a traditional charity. Unlike a charity, the Initiative will be able to invest in for-profit companies, fund PACs, and hire lobbyists.

While giving his shares to an LLC rather than a charity will give Zuckerberg a lot more freedom in how he spends the money, his gift is not completely tax-efficient. I have read a number of accusations that setting up the LLC is simply a tax dodge and a way for Zuckerberg to avoid paying capital gains, estate and income taxes on his wealth. He contends that he and his wife would get no tax benefit from the gift and “Just like everyone else, we will pay capital gains taxes when our shares are sold by the LLC.”

I am not clear on all the potential tax benefits of this arrangement, of course. I do know that, had Zuckerberg decided to give his shares to a charity, similar to the gifts made by Warren Buffett and Bill Gates, he would receive a charitable contribution deduction on Schedule A of his Form 1040. The amount of the deduction would be based on the fair market value of the shares. That would shelter billions of dollars of future dividend income, when and if Facebook ever pays a dividend. At the same time, he would completely avoid having to pay capital gains taxes on the appreciation of those shares.

Of course, there is a price to pay for all the tax benefits of such a gift: the donor no longer owns his shares. That value is wiped out of his net worth.

Zuckerberg appears to be damned by some either way he goes. It appears to me he wants to use his money to support causes he believes in. Had he decided not to set up the philanthropic company, he could still donate to any cause he wants, taking any resulting tax breaks and paying any resulting taxes. Whatever tax savings he may incur just means there is more money available to support those causes.

This time of year, many people donate to charities. Taking tax deductions for those gifts certainly does not taint or reduce their generosity. The intention of tax breaks on charitable donations is to encourage giving, as well as to allow charities to receive a bigger pool of money.