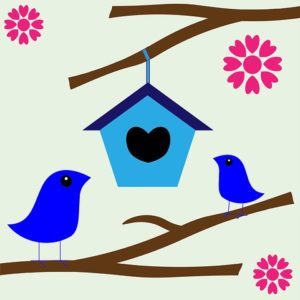 One way to stretch your retirement nest egg is to relocate your retirement nest. Finding a place with a lower cost of living can include considering retirement in another country. According to International Living, Panama is one of the best options for Americans looking for affordable living costs, good medical services, and an appealing climate. Costa Rica, Mexico, and Belize are also good possibilities.

Before you pack your sunhat and flip-flops and head for a low-cost retirement haven like Panama, however, take a look at all the factors affecting your retirement income and expenses. One of those is taxes.

Moving out of the country does not mean your tax bill to the US government or your current state will decrease. Short of giving up your US passport, there is nothing you can do to escape paying US taxes on your income, even if you don’t live in the US. We are one of two countries worldwide—the other is Eritrea—that taxes our citizens based on both residence and citizenship.

You might assume, however, that moving out of the country would end your liability for state income taxes. That isn’t always the case. Some states still want to tax your income even though you don’t live there. According to Vincenzo Villamena in a December 2018 article for International Living magazine titled “How to Minimize Your State Tax Bill as an Expat,” it’s especially problematic if you end up returning to your old address in the state and start filing an income tax return. Eventually, he says, “the state will see the gap” and may require you to pay taxes on the missing years.

You have nothing to worry about if you live in one of the seven states with no income tax: South Dakota, Wyoming, Nevada, Washington, Texas, Florida, and Alaska. Tennessee and New Hampshire aren’t bad, either, as they don’t tax your earnings but they do tax your investment income. Most other states will let you off the hook if you submit evidence that your residence is in another country and you haven’t lived in the state for a while.

Then there are the states that won’t let go of their former residents easily. Those are California, Virginia, New Mexico, South Carolina, North Carolina, Massachusetts, and Maryland. Assuming that when you leave you will be coming back, they require that you continue to pay state tax on your income.

The solution to this issue takes a little financial planning and some extra time. The best way to escape paying taxes to a state you no longer live in is to move to a state with no income tax first before relocating abroad. You must prove to your old state that you have left and have no intention of ever coming back.

This means moving for real—cutting as many ties to your old state as possible and establishing as many as possible in your new state. You will want to sell your home, close bank accounts, cancel any mailing addresses, change healthcare providers and health insurance companies (including Medicare), be sure no dependents remain in the state, and register to vote and get a driver’s license in the new state. As a final good-bye you will want to notify the tax authorities that you are filing a final tax return for your last year that you lived in the state.

In case you need a good state from which to launch your leap into expat status, consider South Dakota. Not only would my income tax-free home state let you go easily, it would welcome you back if you should decide to return to the US.