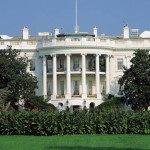 Lost in the hoopla over the government shutdown, defunding Obamacare, and raising the debt ceiling are some proposals contained in President Obama’s budget that will have a significant impact on retirees, inheritors, and savers. Most of the President’s proposals are aimed at enforcing higher taxes on savers who maximize their retirement plans. This is a way to raise revenue for government entitlement programs, like subsidies for health insurance, Medicare, and Social Security.

Back from last year is his proposal to cap contributions to IRA’s and 401(k)’s when the balance reaches a level determined by a set formula which is tied to interest rates. The proposal sets the cap at $3.4 million initially. As interest rates rise, the cap will lower. When a saver’s IRA balance hits the cap, he or she will not be allowed to make further contributions to any retirement plan.

This will mostly affect savers who terminate employment and roll large accumulations from profit-sharing plans and lump-sum distributions from defined benefit plans into their IRA’s. It will shut down their ability to save into the future.

The President has yet another plan to end tax-deductible contributions for upper income earners. Only 28% of a contribution would be deductible for any taxpayer whose bracket exceeds 28%. For a taxpayer in the highest bracket, this means a tax increase of about 50%.

Another of the President’s proposals would end the ability of anyone other than a spouse to inherit a tax-deferred IRA. Under the proposal, all non-spouses inheriting an IRA would have five years to terminate the IRA and pay income taxes on the distributions. This proposal really impacts Roth IRA conversions, as most parents convert traditional IRA’s to Roths with the intention of leaving their children a non-taxable sum of money that can continue to grow tax free during their lifetime. If the President’s proposal passes, many older savers will discover that the intentions behind their Roth conversions have been nullified.

While President Obama wants to cap what successful savers can stash away in retirement plans, he also wants to force employees to save for retirement. Employers will be required to open IRA’s for every employee and to fund the plan at a minimum of 3% of the employee’s pay, unless the employee specifically opts out. The employee can contribute more than 3%, up to the $5,000 cap for those under 50 and $6,000 for those over 50. Of course, savvy savers and readers know most of us need to be saving 20% to 50% of our salaries, depending on our ages, so saving just 3% of pay won’t amount to much in the way of retirement income.

On the positive side, the President is wanting to end required minimum distributions on IRA balances under $75,000. This will reduce some paperwork for savers with smaller IRA’s who are not making withdrawals. Typically, most retirees with small IRA’s are those with less savings anyway, who need to take withdrawals from their IRA’s to make ends meet. So it’s doubtful this rule change will have much impact.

Finally, the President proposes letting inherited non-spousal IRA’s enjoy the same benefit of a 60-day rollover window on any distribution, similar to what they can do with a non-inherited IRA. This will simply eliminate a lot of confusion, as most people don’t understand the 60-day rollover provision does not include inherited IRA’s.

Of course, whether any or all of these proposals make it into law is anyone’s guess. Anyone whose retirement and estate planning includes saving in IRA’s will want to keep an eye on these provisions as the budget moves through Congress.