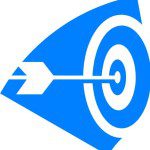 The President has fired the first warning shot indicating that politicians are eying the tax advantages of the Roth IRA. For years I’ve strongly encouraged maximum funding of Roth IRAs and 401(k)s. Clients have sometimes expressed concern that politicians would someday retroactively change the rules and strip the plans of their tax advantages. I’ve seen that concern as a possibility (for example, in 2008 Argentina confiscated the assets in IRAs and 401(k)s and replaced them with less than desirable Argentinian Government Bonds), but not much of a probability.

With the introduction of the President’s 2016 budget, the probability of losing some Roth IRA tax benefits has increased.

Each February the President submits a budget to Congress which is about far more than spending requests. It also contains scores of proposed changes to existing tax laws. One such proposal in the current budget would eliminate two tax advantages of the Roth IRA.

Currently, one of the benefits of a Roth IRA is not having to take RMDs. At age 70 1/2, owners of traditional IRAs are required withdraw a certain percentage annually, often around 4%. They must pay the tax due and, if they don’t need the funds for living expenses, must invest the remainder in a taxable account. The RMD denies them the option of leaving the money in the tax-deferred environment of the IRA and further compounding.

Under the President’s proposal, owners of Roth IRAs will need to start withdrawing funds annually at age 70 1/2. While there won’t be any taxes due because contributions to Roths are post-tax, it will remove the funds from the tax-free environment, decreasing future returns by up to 40%. That’s a big deal.

The second proposed change would eliminate tax-deferred inheritance of IRAs (sometimes called “stretch IRAs) for anyone except spouses. All other inherited IRAs would need to be dissolved and the funds distributed and taxed within five years after death. This will really impact Baby Boomers counting on their parents’ IRAs to assist them with their own retirement needs.

The final proposal would limit new IRA contributions for total retirement savings totaling over $3.4 million. This includes the aggregate total of IRAs, 401(k)s, and any other pension plan balances. Once the total reaches $3.4 million at the end of the tax year, no new contributions are possible.

To many Americans, this looks like a cap they will never see in their lifetime. Yet consider what $3.4 million will be worth in purchasing power 40 years from now, when today’s 30-year-olds will have to start RMDs. If inflation maintains its historical average of 3%, in 40 years $3.4 million will have the purchasing power of just over $1 million today. If someone wants to be assured they will never run out of money in retirement, $1 million only provides $30,000 a year of retirement income. Capping IRA growth is another big deal.

These are a few of the tax changes proposed by the President’s budget. The chances for any to become law in 2016 are remote, given that Congress is currently controlled by Republicans. However, the proposals do signal the current thinking of lawmakers. In considering their retirement planning, taxpayers would be advised to pay attention to such signals.