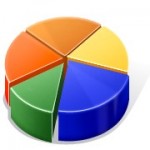 The recent discussion of the “Buffett Rule” proposal to increase taxes on the wealthy has focused attention on U. S. tax rates. It’s giving Americans a chance to better understand our tax policy and the economics of the free market system.

Mitt Romney, the probable Republican Presidential candidate, has come under attack from both Democrats and other Republican primary candidates for his high income and net worth and his low overall tax rate. The arguments are that Romney made his money by the wrong type of capitalism and that he pays too little in federal taxes.

The tax returns Romney has made public show most of his money comes from investment returns on his holdings rather than from wages or a salary. His overall tax rate in 2010 was 13.9% and his estimated rate for 2011 is 15.4%. This caused a predictable outcry that his tax rate is lower than the income tax bracket of many middle class Americans.

Why the different rates? Capital Gains are Taxed Twice

Since the effective corporate rate is 39.2% (the top federal rate and the average state tax rate), the corporation has already paid taxes on all income, including what is paid out to investors as dividends. Prior to the Bush tax cuts in 2001, dividends were then additionally taxed at almost 40%. This meant every dollar of dividend income was taxed twice, once at the corporate level and again at the individual level. The result was that 60 cents out of every dollar of profit made by a company was paid to the federal government. The Bush tax cuts continued the practice of double taxation, but lowered the amount paid at the individual level to 15%.

The same double taxation applied to long-term capital gains, except that the tax rate was a flat 28% before the Bush tax cuts reduced it to 15%.

This double tax makes it seem that the wealthy pay less tax than they really do. An individual may pay 15% on passive income of, say, five million dollars. Yet corporations have already paid taxes of around 39.2% on that same income, for a total tax rate of 54.2%. Of the five million in profit, over two and a half million goes to Uncle Sam. That would seem to be more than a “fair share.”

Even factoring in the different tax rates on ordinary and passive income, it’s clear that the more money Americans earn, the more tax they pay. What could be more fair than that?