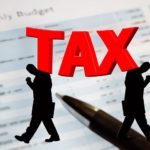 The Tax Cut and Jobs Act (TCJA) has generated a lot of media hype, much of which is coming from the extreme wings of both political parties and much of which is simply not true. Here is some perspective.

First, when he signed the bill President Trump called it “the largest tax cuts in our history”. This is not so.

According to a November 2, 2017, article in Reuters, the largest personal tax cuts in U.S. history came from Presidents Warren Harding and Calvin Coolidge, both Republicans. In 1922, the top tax rate was 73 percent. By 1925, it was only 25 percent.

The new tax rules do mean some significant changes. The good news is that the standard deduction will nearly double and the maximum child tax credit will increase from $1000 to $2000. But almost nowhere do you read about the bad news: the current personal exemptions will go away. For 2017, an individual can take the $6350 standard deduction plus the $4050 personal exemption for a total of $10,400 (plus $4050 for each dependent). For 2018, this is $12,000, only $1,600 more in deductions. This means a median tax savings of about $192 per person, and only if you don’t itemize.

This tax act has been labeled as terrible for the middle class and wonderful for the uber-rich. I don’t see that either claim is true. It appears to me that the winners (not “big winners”) are the middle class. Yes, the uber-rich also get a small 6.6% reduction—hardly a big deal compared to the cuts of 23% to 73% under Kennedy, Reagan, Harding, and Coolidge.

The real impact of the TCJA is its reductions on corporate taxes, not personal taxes. Taxes on C-corporations are cut from 34% to 21% (a 38% reduction). What isn’t reported is that reducing America’s corporate income tax has had bipartisan support for several years. The current US rate of 34% is the highest in developed countries, when the average global corporate tax rate is 22.6%.

Those who attack “big corporations that will just pass tax savings on to investors” tend to forget that 43% of Americans invest in these same corporations, including those with 401(k), IRA, or 403(b) retirement plans.

You also probably haven’t read that the new law actually raises taxes on corporations with taxable incomes of under $50,000, from 15% to 21% (a 38% increase). These corporations are those most generally owned by the Main Street business person.

The TCJA helps tax payers that are sole proprietors, partners and shareholders of S-corporations, LLCs and partnerships, which pass profits or losses through to be taxed in the taxpayer’s personal tax brackets. The new law allows most of these pass-through entities to exclude 20% of their profit from taxes. However, if you are in the profession of law, accounting, medicine, or financial planning, or are a professional musician or athlete, the exclusion probably doesn’t apply.

Finally, for the 51% of Americans who pay taxes, the TCJA adds an unbelievable amount of complexity to an already complex tax code.