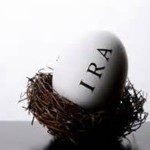 When saving money for retirement, taxes are not your friend. Their impact, even for those in lower tax brackets, can significantly reduce one’s retirement income.

One of the better vehicles Congress created to help people save money that can grow tax-free is the Roth IRA. Unlike a traditional IRA, there is no current tax deduction for funds contributed to a Roth, but the funds are not taxed when they are withdrawn.

How do you know when to use a traditional IRA and when to use a Roth? The primary strategy is to pay the tax rate when it is the lowest. For example, if your income tax bracket is higher today than it will be when you need to withdraw earnings in retirement, you want to use a traditional IRA. That results in you avoiding paying any taxes at your high rate today and paying the lower tax rate when you withdraw the funds.

You may wonder how this scenario could happen. Doesn’t everyone slip into a lower tax bracket when they no longer have earned income from a job? Not necessarily.

Income in retirement could go up for many reasons: income from multiple pensions, marrying someone in a higher income bracket, receiving an inheritance, or selling appreciated investments. Another scenario is when a job change or cutting back work hours reduces someone’s earnings in pre-retirement years to less than their retirement income will be.

Another possibility is that Congress raises taxes in the future on the lower and middle class. For example, the tax bracket on the middle and lower class could rise significantly if the popular thinking of the US expanding our social net to something like the Scandinavian model becomes a reality. In most of those countries the lowest tax bracket is 40%, which is considerably higher than what people pay in our lowest bracket. Getting as much wealth as possible today out of the reach of the taxman could be even more important.

A trickier question is what to do if you don’t expect to see your tax bracket change. In this case it depends on when you expect to start withdrawing a regular retirement income from your IRA. This scenario favors a Roth if you are very young or if you can reasonably predict you won’t need income from the Roth and can pass on the tax-free withdrawals to your heirs.

The withdrawal requirements on IRAs also can tilt the decision toward a Roth. Unlike traditional IRAs, Roths have no requirement to make annual distributions when you reach age 70 ½. The one requirement you must meet before withdrawing tax-free from a Roth is that it have been opened for more than five years. A good strategy to consider, according to Michael Kitces, editor of the Kitces Report, is to open a Roth early with a minimal amount like $100, even if you don’t intend to make immediate contributions. This starts the time clock ticking to meet the five-year rule. Kitces notes that the five-year rule only needs to be satisfied once per taxpayer to cover multiple Roth IRAs. He also recommends investing Roth assets in whatever has the highest expected return over time and is the least tax efficient.

Next week we’ll explore another tax-saving aspect of IRAs, conversions from traditional to Roth accounts.