After my recent column on the SECURE Act, a client asked, “What are you going to do about this? It makes the planning we’ve done useless.”

The good news is that, while the Act will mean some retooling of estate and retirement planning strategy, it didn’t exactly make everyone’s previous planning useless. 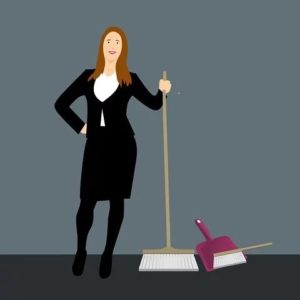 Maybe what alarmed my client was Congress spinning the SECURE Act as a sweeping and comprehensive reform of retirement legislation. That language, while enough to get anyone’s attention, is more grandstanding than reality.

Is the Act really as significant as Congress would have you believe? Here’s what it does:

1. While the Act will allow workers who are older than age 70½ to contribute to traditional IRAs, those folks could already keep contributing to Roth IRAs and 401(k) plans. An extra $6,500 a year in savings won’t mean much to the retirement nest egg of someone in their 70’s.

2. It will push back the date when distributions must be taken from an IRA (called required minimum distributions, or RMDs) from age 70½ to age 72. This was effective January 1, 2020. This is not a huge concession, either. Governmental plans, 403(b)s, 457s, and TSPs are not impacted until 2022.

3. Qualified Charitable Distributions (QCDs) are not impacted and can still begin in the year you turn 70½.

4. Small businesses will find it easier to form groups and offer 401(k) or other plans together. They will also receive up to a $5000 credit for setting up a 401(k).

5. The cap on automatic yearly increases of employee contributions to 401(k) plans increases from 10% to 15% of yearly salary.

6. People will be able to withdraw up to $5,000 from their retirement accounts to cover the cost of the birth or adoption of a child. This amount can also be paid back to the IRA at a future date.

7. Loans may no longer be made via credit cards.

8. Previously people who inherited an IRA or other retirement vehicle had to take RMDs based on their age. This could allow younger inheritors to “stretch” the tax-free compounding of the money in the inherited IRA over decades. Now, non-spousal inheritors must withdraw everything in the IRA by the end of the tenth year after it is received and pay ordinary income taxes on the distribution.

This is probably the provision that left my client thinking his planning was useless. It will require some planning for seniors because their heirs may have to pay ordinary income taxes on the full value of the IRA during their peak earning years.

Seniors may want to consider converting some of their traditional IRAs to Roth IRAs, possibly allowing them to pay taxes at a lower tax rate. Roth IRAs have no RMD requirements and distribute the money tax-free to heirs as well as owners.

9. The Act now allows employers to offer annuities as investment vehicles, including variable annuities that are mainly expensive high-commission products. Plan sponsors must also annually report the monthly income that their participants would receive if they had put the balance of their plan assets into an annuity.

10. The Act allows up to $10,000 of a 529 college savings plan to be used to pay the principal and/or interest of qualified college debt.

The SECURE Act does nothing to incent the millions of Americans who have saved far too little for retirement, to increase what can be contributed to retirement plans, to provide more tax benefits, or to simplify retirement saving. Despite its title, this legislation does little to help Americans help themselves to retire with greater financial security.