Every once in a while, a breaking news story is on a topic that I actually understand. The September 27 New York Times article, “Long-Concealed Records Show Trump’s Chronic Losses And Years Of Tax Avoidance,” is one such story. Many reactions to it show considerable misunderstanding and confusion on how the tax system works. 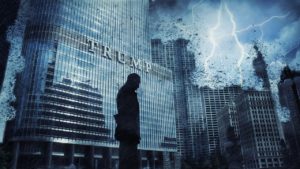 The story isn’t exactly new. Two of its authors wrote on the same topic in a Times article four years ago.

The reason Trump avoided paying taxes for so long was because he lost an enormous amount of money—some $912 million—in 1995. (According to Paul Freidel of Freidel & Associates, LLC, “Real estate has been a tax-favored business since tax reform in 1986. Oftentimes real estate investors report large tax losses due to favorable depreciation and gain deferral rules, even as their holdings increase in value.“)

The tax code generally allows anyone to offset money lost in certain unprofitable business ventures against future taxes, or even past taxes in some cases. The idea is that the code taxes net profit, which means after expenses and losses. If a person has net income of $100,000 one year and then loses $100,000 the next year, their net income for the two years is zero. Claiming a refund for past taxes is sometimes possible, or the person can use the loss to offset future taxes until the $100,000 loss is fully offset against $100,000 in income. This provision will offer some relief for example, to small business owners who have suffered severe pandemic-related losses in 2020.

Regardless of the legality of their filings, when rich people pay no taxes in any one year, the response from the public and talking heads is usually outrage. This week I heard words like “felon,” “illegal,” “tax cheat,” and “evasion” used liberally to describe Trump’s tax filings. A 2015 poll done by YouGov and reported by the Independent, March 1, 2015, found that 59 percent of people think it is wrong to legally avoid taxes.

Many tax filers at all income levels avoid paying more taxes than they are legally required to pay. Deducting charitable gifts, business losses, casualty losses, and other expenses or losses are common ways to reduce taxes.

Then there are tax credits that are generally available to low-income taxpayers, like the Earned Income Tax Credit, Energy Tax Incentives, the American Opportunity Tax Credit, and the Lifetime Learning Credit. These credits, in many cases, result in taxpayers receiving refunds over and above the amount of tax they have paid in. In truth, almost every taxpayer avoids, tries to avoid, or wishes they could avoid paying taxes.

Tax avoidance is not the same as tax evasion. According to Judge Learned Hand in a 1934 tax case, “. . . there is not even a patriotic duty to increase one’s taxes.” Investopedia defines tax avoidance as the use of legal methods to minimize the amount of income tax owed by an individual or a business. Tax evasion is doing things that are illegal to avoid paying taxes. For example, the most popular of all evasions is receiving payment in cash and not reporting it as income.

Of other items in the Times revelations, I was especially interested to learn that Trump has actually been under audit for 10 years. Reducing his taxes by hiring his children was less noteworthy. They had to claim the income and pay taxes, so the result may have been a wash to the Treasury. Presumably $70,000-plus deductions for haircuts and makeup qualify as legitimate business expenses for Hollywood and TV stars. Only Lady Gaga’s and Oprah’s accountants would know for sure.