Unintended Consequences of High Taxes on the Rich 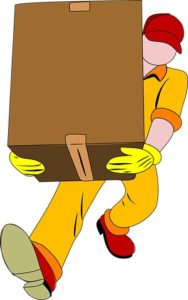 Two types of tax increases are being promoted by several presidential candidates and members of Congress. The less common idea, which I wrote about recently, is a wealth tax on net worth. The more common proposal is a significant increase in income taxes.

Presidential candidate Bernie Sanders favors a progressive income tax that tops out at 54.2% on incomes over $10 million. Not to be outdone, Congresswoman Alexandria Ocasio-Cortez supports increasing the income tax on the same group to 70%.

If you think these proposals are so radical that only the most liberal of voters would support them, a poll conducted by Hill-HarrisX in January 2019 found that 59% of all voters favored a 70% tax bracket. The survey asked 1001 registered voters if they favored a 70% top rate for “the 10 millionth dollar and beyond for individuals making $10 million a year or more in reportable income.” While predictably most Democrats polled—71%—favored the steep increase, 60% of Independents and 45% of Republicans also supported it.

When you consider how popular the notion of a 70% top income bracket is, it isn’t a stretch by any means to imagine these same voters in the 2020 election giving control of Congress and the Presidency to politicians favorable to hiking taxes. The chance of seeing such massive increases on the wealthy goes from a remote possibility to a real probability.

Promoters of the anticipated windfall revenues from such a tax want to redistribute the proceeds to fund things like free college education, affordable health care for all, high speed rail trains, and converting existing buildings to comply with “green” regulations.

While all these outcomes are well intended, perhaps even desirous, before we forge ahead it may be a good idea to consider unforeseen consequences. Let’s look at how past attempts to fund massive government benefits by raising taxes on the rich have worked.

In 2012 France raised the top tax bracket to 75% on individuals earning over $1 million. French economist Thomas Piketty, who really wanted to see the tax at 80%, was so exuberant about the move that he predicted many other countries would follow suit.

Government officials estimated that tax revenues would soar to 30 billion euros in 2013. They were roughly half right: revenues came in at 16 billion euros. One of the reasons the tax revenue windfall didn’t develop was a consequence that politicians had not considered. The wealthy packed their bags and moved, taking their investments and income with them.

By 2015, around 2.5 million French citizens lived in the U.K., Belgium, Singapore, and other countries that had much more competitive tax rates. The French economy ground to a halt, growth stagnated, and unemployment soared to 10%. In 2015 France repealed the ill-fated tax.

According to The Times of London in March 2019, one-third of British billionaires have left the country because of high taxes, most in the last ten years.

The state of Maryland has had a similar experience due to high state and municipal taxes. In October 2013, the Maryland Public Policy Institute reported on throngs of wealthy retirees “moving out of Maryland to save money on taxes and leave more to their children. This is costing the state millions in tax revenue.”

If the U.S. enacts a similar tax, it is foolish to assume the outcome will be any different. A plethora of other countries with great amenities and competitive tax rates will appeal to those affected by the tax. Tax policies that regard the wealthy primarily as sources of revenue rather than investors in their communities do little to keep those citizens anchored at home.