Wealth Tax Is Impractical And Unrealistic 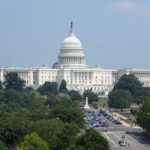 Democratic Presidential candidate and Massachusetts Senator Elizabeth Warren is proposing a federal wealth tax. It would impose annual taxes of 2% on those with household wealth—net worth, not income—of over $50 million and 3% on those with over $1 billion.

While the US has never had a wealth tax, we do have a version of it in the form of real estate property taxes. These are commonly imposed by municipalities, counties, and states, with annual rates ranging up to 4% of a property’s value.

Almost every person who owns a house, commercial building, or investment property pays property taxes in amounts similar to those proposed by Sen. Warren. How is a wealth tax much different?

Primarily, it is simply not practical. Here are two reasons why.

Others old enough to remember this tax have told me about its amazing physiological impact. Completing the form resulted in severe short-term amnesia and brain fog. As extension economist Gordon D. Rose wrote in his December 1973 newsletter, “The temptation to ‘forget’ to list certain items of personal property is very great when one observes the behavior of his friends and neighbors.”

Accordingly, the tax became known as “the liar’s tax.” South Dakota repealed it in 1979. Most other states have also moved away from taxing tangible personal property.

A wealth tax would cause a nationwide epidemic of asset amnesia. One reason the property tax works so well is that real estate is a difficult, if not impossible, asset to hide. This isn’t true with other forms of wealth like diamonds, collectibles, jewelry, personal property, guns, cash, closely held businesses, and to a lesser degree bank savings, investment, and retirement accounts.

The essential reason a wealth tax is unrealistic is the impossible logistics of enforcing it. Evan Simonoff, editor of Financial Advisor, sums this up in a Feb 12, 2019 article “Why A Wealth Tax Has No Chance.” He cites national policy analyst Andy Friedman of The Washington Update, who spoke at the Investment & Wealth Institute’s annual Investment Advisor conference in New York City on February 12.

According to Friedman, annual appraisals of all the assets of several thousand wealthy households are simply beyond the capability of the IRS’s manpower and infrastructure.

There is “no chance of a wealth tax,” Friedman told attendees at the conference, pointing out that the IRS “couldn’t handle it.” He noted that people only have their entire wealth appraised once—when they die. Appraising a person’s real estate, collectibles, and other illiquid assets once a year is gargantuan task that is simply unrealistic. It would overwhelm appraisers and the IRS.

Adding enough skilled IRS staff to even attempt this task would make the cost of collecting the tax prohibitive. There is also a question as to the constitutionality of such a tax.

While a wealth tax may sound appealing and make for good sound bites, it’s a pipe dream that’s more of a nightmare. It would be impossible to enforce. It would serve as a great motivator for the wealthy—along with many of their businesses and the jobs provided by them—to relocate to other more tax- and capital-friendly countries. It would never bring in the revenue politicians will expect. It would stagnate the economy. A tax on the wealth of US citizens would result in a decrease in the wealth of the nation.