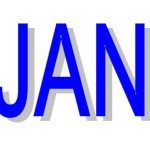 This time of year, we often find ourselves reading about the “January Effect,” which is sometimes described as a predictable way to forecast returns, and sometimes as a way to know whether this is, or is not, a good year to invest and make some money.

Unfortunately, most of this reporting is nonsense.

Let’s start with the predictable part. Wouldn’t it be nice if, even for just one month of the year, we could know whether the market is going to go up or down? That’s what market pundits are implying in their January Effect reporting: that markets have a strong tendency to rise in January. Why? The explanation, first offered in 1942, is twofold:

1) Stock investors tend to harvest their tax losses at the very end of the year, selling any stocks that happen to be below the price they paid for them, and, of course, claiming the loss on their tax returns. This selling activity depresses the prices of stocks generally in late December (Why do we not hear about a negative “December Effect?”), but when those investors buy back into the market in January, the additional buying demand pushes up prices.

2) Mutual funds, who are the biggest stock investors, have to report their holdings as of the end of the year. If they made an embarrassing mistake and purchased a stock which subsequently dropped like a stone, the portfolio manager engages in an exercise known as “window dressing:” she conveniently sells that stock right before December 31, and then reports a portfolio that doesn’t include the losing investment. This is a great way to prevent reporters from asking pointed questions about what they might have seen in that dog stock when they purchased it in the first place. And it makes it look like, despite what might have been poor performance throughout the year, the fund is strangely only invested in stocks that went up.

Of course, the cash position is only temporary; the fund will put the money to use in January. Just like the tax harvesting activity, these sales in December and purchases in January, we are told, have a wind-at-the-back impact on share prices in the first month of the year.

So why is this nonsense? Back in 1942, and for some years afterwards, it might have made sense to do all your tax loss harvesting once a year as the holiday decorations were being taken down at the malls. Today, with modern software tools, professional investors can check daily to see if there are portfolio losses they can harvest, so the buying and selling is spread out through the year. Also, today’s mutual funds report the contents of their portfolios quarterly, rather than annually, so the window dressing activity (which still goes on), happens each fiscal quarter, rather than all at once at the end of the year.

The other January Effect says that if stocks rise in January, they will be up for the year, and if they fall in January, then the market will deliver losses through December. Of course, any time you give the market a head start in either direction, there will be a slight tendency for the rest of the year to follow suit—similar to if you saw an Olympic sprinter break out of the blocks ahead or behind the pack, you would notice a tendency to finish ahead or behind. Not a guarantee, you understand, but a tendency.

Looking at the historical record, when stocks finish the first month down, they finish the year down 58% of the time—almost exactly what you would expect within the statistical probabilities of randomness. Researchers have actually determined that—probably also due to random factors—the returns in September have historically been the best predictor of returns for the year as a whole.

The truth is, none of us have a way to predict even a week, much less a month, much less a year of market returns. Whenever we read about the Super Bowl winner predicting the market, or the month of January or September or the winning party in the Presidential election, we should recognize that the article is being written purely for entertainment, giving us a chance to fantasize that, somehow, we can, for a moment, know the unknowable future and maybe even profit from it.