Small Companies Get Tax Breaks, Too 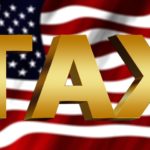 An April 29th headline in The New York Times got my attention: “Profitable Giants Like Amazon pay $0 in Corporate Taxes. Some Voters Are Sick of It.” My immediate reaction was outrage. Amazon had a 0% tax rate. My company’s overall tax rate was 24%, and its net profit was less than 0.000025% of Amazon’s. How can this possibly be fair?

The Times article, by Stephanie Saul and Patricia Cohen, gave few specifics but left the impression that Amazon simply gets out of paying taxes on its profits because of a legal, but unfair, manipulation of the tax code afforded only to wealthy corporations, leaving the heavy lifting to the rest of us poor saps.

I wanted to know how Amazon did it, so I did some research. First, let’s put the $11.1 billion profit into perspective. The past 18 months are the first time Amazon has shown any meaningful profit since 2011. Many of those years saw them losing billions of dollars.

The total value (market capitalization) that shareholders have invested in Amazon is $954 billion as of April 29, 2019. That means the 2018 profit of $11.1 billion represents an earnings yield of 1.16% return on investors’ money. The average earnings yield on a large US company is 4.5%, significantly higher than Amazon’s. While $11.1 billion sounds like a lot of money in dollar terms, when viewed in the amount of money it takes to generate those profits, Amazon’s financials are significantly subpar.

1. They reinvested their profits in equipment and buildings, and were able to deduct a portion of these expenses. They will have to repay the taxes they deferred on these purchases when they sell the equipment or property. And the money spent was not available for distribution to their shareholders.

2. They received a tax credit for spending on research and development. This credit is an incentive for any company to help offset the high risk of the up-front costs of developing new ideas, not all of which pay off.

3. They paid some employees in the form of stock, rather than cash. While still a real cost to the company, this is used to minimize cash outflows, while giving employees an opportunity to reap the rewards of their hard work in future profits.

4. In their start-up years, Amazon lost billions of dollars. Out of fairness, the tax code allows any business to carry losses over into future years to offset profits, when and if they ever materialize. This type of “write off” is real money that was lost.

The article cited a carpet layer who had a profit of $18,000 and paid more in taxes than Amazon. He was so upset at this injustice that he joined the Socialist Party.

The article failed to mention that many of the same write-offs used by Amazon were available to him, too. If his business was incorporated, the tax bill on his profits was probably 21%, or $3,780. If he had reinvested his profit in a new carpet cleaning machine, had losses from previous years to carry forward, spent money on developing a new type of carpet cleaner, or paid his employees in stock, he would have paid nothing in taxes.

Critics of big corporations might say such strategies would not be realistic for a one-person company. Yet I have seen many small business owners use them, particularly carrying forward losses that result from the essential start-up costs. The corporate tax code generally applies equally to all businesses and is meant to encourage small companies as well as large ones to take the risks necessary to create new jobs.