A Huge Loss for the Financial Planning Profession 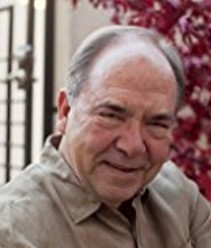 The financial planning profession lost one of its most significant figures this past week. Richard Wagner, my friend and mentor, died suddenly.

Dick’s influence on financial planning was profound. He was one of the early leaders to understand the emotional impact that money has on our lives and to believe that financial planning must include that emotional component in order to fully serve clients’ needs. We each have an individual relationship with money, which affects everyone in all facets of our lives. For this reason, Dick called money “the most powerful and pervasive secular force on the planet.”

He served as the President of the Institute of Certified Financial Planners and received the Financial Planning Association’s (FPA) highest honor, the P. Kemp Fain, Jr. He was a co-founder of the Nazrudin Project, a leaderless brain trust of 100 of the more forward-thinking planners, therapists, and coaches in financial planning. From this group emerged many FPA presidents, as well as scores of influential books and white papers. For its size, Nazrudin has had a disproportionate and continuing impact on the financial planning profession.

Dick also served on the founding board of the Financial Therapy Association. His keynote address at the group’s first conference eloquently laid the foundation for this embryonic movement of blending psychology and financial planning.

Dick’s life work, the beloved passion he carried for decades, was to see financial planning become a profession. In fact, he envisioned financial planning as the most important 21st century profession because of its focus on money. He challenged financial planners to give their best to their clients and their profession. Even further, he urged us to build an authentic profession—one he saw as dedicated to helping people manage intangible but essential functions, maintaining a responsibility to put clients’ interest first, and serving not only individuals but humanity and the greater good. One of Dick’s last contributions to the profession was the publication of the book he labored for 20 years to write, Financial Planning 3.0.

Anyone who knew Dick for more than a minute knew that he told it like it was—with gusto, clarity, and passion. He characteristically would sum up the essence of financial planning as, “Save more, spend less, and don’t do anything stupid.”

Most importantly, I knew him as an immensely caring, passionate, wise, and conscientious soul. He was one of my valued mentors. The scope of his ideas and the depth of his creative vision challenged me to question my assumptions and expand my own views of what my chosen profession could become.

I had the privilege of spending many weekends with Dick as a member of a small group of financial planning pioneers who were trying to make sense of this union of emotions and money. I often equated listening to Dick’s visions of “what could be” to flying a commercial airliner at 45,000 feet. While he was soaring, I would spend most of my time trying to figure out if and where we could land the plane.

Wherever he may be now, I believe Dick is still soaring—once again, far higher and farther than those of us left behind. His passing leaves me shocked and saddened, with a sense of grief not yet eased by the gratitude I feel for having known him. The financial planning profession to which he devoted so much of his life was vastly enriched by his ideas and his work.