A Smaller Piece of American Pie 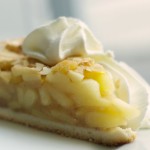 “Any way you slice the pie, Americans better come to grips with the fact their lifestyles are going to contract.” That’s the bottom line I’ve gleaned from attending several conferences and listening to some of the nation’s top economists recently.

Basically, the US is spending far more than it takes in via tax revenues, creating an annual deficit. The shortfall is covered by borrowing the money, which adds to the national debt. The Treasury Department borrows the money from two sources: private investors (individuals, banks, companies, and other governments) and the Federal Reserve Bank.

Where does the Federal Reserve get money? They create it with a keystroke, which is the digital-age equivalent of printing money.

It’s important to understand that the US government has no intention of ever paying down the US debt. Neither politicians nor economists can agree on whether to stop borrowing (or creating) money to fund the annual deficit. To actually reduce the national debt, we must run surpluses, something we haven’t done in over 15 years and then it was only for one year. We actually have never paid off our debt from WWII.

At the moment, Congress can’t agree what to do, so we continue to borrow and print money. An increasing national debt means higher borrowing costs (interest). This means we need more revenues (from taxes or creating more money) to continue to fund Social Security, Medicare, welfare programs, infrastructure, and national defense. Creating (printing) money can lead to rising inflation, though it doesn’t automatically do so, as Japan has demonstrated for 20 years. This results in the devaluation of our global purchasing power, meaning the cost of everything we buy from other countries increases. It’s clear that the most appealing option to politicians and most economists is to continue to borrow and inflate.

No matter how you cut and paste these options, one result is the same. Americans’ lifestyles will contract. This will come either from less government support and services, less spendable income via higher taxes, or an erosion of purchasing power from a declining dollar.

This is the last message most Americans want to hear. The attitude is like that of the overspender who recently asked me, “How can I cut my expenses but maintain my current lifestyle?”

The most honest answer is, “Sorry, but it can’t be done.” True, it’s possible to find creative ways to keep the parts of your lifestyle that matter the most. However, reducing expenses almost always means a lifestyle reduction. This is one reason so many people resist budgeting.

For most people, budgeting means reducing spending, even though that isn’t inherently what budgeting is. In its purest form, it is becoming aware of our current spending patterns and redirecting income to the areas of spending that will best support our desired lifestyle. The more our income shrinks, the more crucial it becomes to redirect it carefully and consciously.

In other words, if we have to settle for a smaller piece of pie, we’d better make sure we’re buying the kind of pie we really want.