An Endless Supply of Dollars 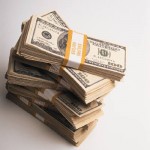 Is the United States in danger of bankruptcy? Contrary to what you may read in the media or hear from many politicians, no, it isn’t. The US Treasury will never run out of dollars. It’s impossible.

The reason is relatively simple. The US government owns a printing press. As long as goods, services, or obligations are priced in US dollars, the supply of dollars to our government to buy those goods and services is unlimited. This is not true of individuals, corporations, cities, states, and countries that don’t issue their own currency.

For most people, this is a hard concept to grasp, with good reason. The capacity of our government to create an unconstrained supply of dollars is a relatively new phenomenon.

Until 1971, all US currency was theoretically redeemable in gold. This was known as the gold standard. In the early decades of the 20th century, you could actually go to a bank and change your dollars for gold. That ability was terminated in 1933, but the dollar’s value was still tied to gold. This basically meant the only way the US government could create new dollars was by obtaining more gold, the supply of which only increases by the new amount of gold mined.

In 1971 we had a paradigm change in monetary policy that many still don’t understand. President Nixon decoupled the dollar from the gold standard. It became a fiat currency, which is money that is used as a medium of exchange but has no intrinsic value. Suddenly, the US government was no longer constrained by solvency issues and could never run out of money. It could create as many dollars as it wished.

This didn’t mean it had no constraints. The major constraint to an issuer of fiat currency is inflation. However, creating money does not guarantee inflation if the newly created money is not spent. Japan, for example, is still fighting deflation even though they’ve been pumping money into reserves like crazy for 20 years.

What should have caused a massive rethinking and reeducating of the financial sector went relatively unnoticed. Text books, professors, economists, and politicians largely continued to follow many pre-1971 monetary principles that became irrelevant overnight.

Unlike the federal government, US states, cities, and other government entities cannot print money. They have to get it the old-fashioned way—from taxes, fees, or borrowing. It’s entirely possible for these entities to go bankrupt, just like individuals and corporations, if their outflow exceeds their inflow.

Interestingly, the same is true for member countries of the European Union. When in 1999 they adopted the Euro and gave up their sovereign right to print their own money, they took on the same status as states. Therefore, a country like Greece, which is a user of currency as a member of the European Union, can involuntarily default on its obligations.

The major threat that sovereign countries face is not running out of money, but devaluing their currency through inflation. A devalued currency is one that loses its purchasing power and often results in a lower standard of living.

Just because the US can’t involuntarily default on its obligations doesn’t mean we can keep on overspending and pretend we don’t have any money worries. As a nation, we still need to acknowledge and deal with our serious financial problems.