by foxcraft | *Financial Awakenings, In The News, Investment, The Economy, Weekly Column 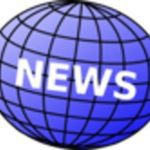 Most clients I have met with recently show surprise when I tell them the first half of the year was a good one for investors. As one client said, “How is that possible with all the problems in the world?” She ticked off the unrest in the Middle East, ISIS, our strained relations with Russia, the instability of North Korea, not to mention the tweeting antics of President Trump and Congress’s inability to fix health care or provide tax relief. To her, all these appear to be good reasons for markets to be going down, not up.

Her response isn’t unusual. Most people mistakenly assume that markets rise when there is good news and do poorly when there is turmoil and pessimism. Actually, it’s often the opposite.

The U.S. stock market has more than tripled in value during the runup that started in March 2009, when the world as we knew it seemed to be ending. The most recent quarter somehow managed to accelerate the upward trend. We have just experienced the third-best first half, in terms of U.S. market returns, of the 2000s.

Still, as good as markets were to investors, economic growth was admittedly meager in the first quarter. The U.S. GDP grew just 1.4% from the beginning of January to the end of March.

The S&P 500 index of large company stocks gained 2.41% for the quarter and is up 8.08% in the first half of 2017. International stocks are finally delivering better returns to our portfolios than US stocks. The broad-based EAFE index of companies in developed foreign economies gained 5.03% in the recent quarter and is now up 11.83% for the first half of calendar 2017.

Real estate, as measured by the Wilshire U.S. REIT index, gained 1.78% during the year’s second quarter, posting a meager 1.82% rise for the year so far.

The energy sector, which was a big winner last year, has dragged down returns in 2017. The S&P GSCI index, which measures commodities returns, lost 7.25% for the quarter and is now down 11.94% for the year, due in part to a 20.43% drop in the S&P petroleum index. This proves once again the value of diversification. Just when you start to question the value of holding a certain investment or wonder why the entire portfolio isn’t crowded into one that is outperforming, the tide turns. If only this were predictable.

In the bond markets, longer-term Treasury rates haven’t budged, despite what you might have heard about the Fed raising interest rates. The coupon rates on 10-year Treasury bonds have dropped a bit to stand at 2.30% a year, while 30-year government bond yields have dropped in the last three months from 3.01% to 2.83%.

The current bull market is aging, however. The runup has lasted far longer than anybody would have expected after the 2008 crisis. Inevitably, although it’s impossible to predict exactly when, we are approaching a period when stock prices will go down. It is always good to remember that the stocks in your portfolio will eventually plunge by more than 20% (which is the definition of a bear market). This might be a good time to revisit your stock and bond allocations and be sure you are diversified into five or more asset classes.