Be Wary of Predictions in Economy and Elections

by foxcraft | *Financial Awakenings, In The News, The Economy, Weekly Column 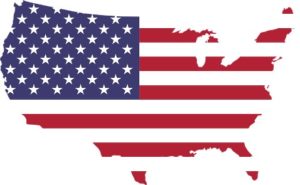 “I rarely have seen economic fundamentals as good as they are now.” I heard this observation from Greg Valliere, the chief global strategist at Horizon Investments, in a May 18 keynote address at the Spring Conference of the National Association of Personal Financial Advisors (NAPFA). With 3,100 members, NAPFA is the largest organization of fee-only financial planners in the US.

Valliere listed numerous positives for the economy, especially the very low unemployment rate, the tax cuts, the increase in government spending via the new budget, and the high corporate earnings. He saw as less positive the fact that we can’t seem to get our gross domestic product rate much over 2% when it needs to be around 3%. Also problematic are the anticipated rate increases by the Federal Reserve Bank and the growing protectionism that may cause the markets and economy to react poorly.

He noted that both Democrats and Republicans agree on two things: something must be done to address the unfair trade issues with China, and no one really wants a trade war that will cost jobs, increase prices, and probably send the economy into recession. They don’t agree on how to go about this. Despite the bluster, Valliere doesn’t see a comprehensive deal in the near future with China. Nor does he see a deal anytime soon to solve what he called the “disappointing” problems with the North American Free Trade Act (NAFTA). He added, “There is a chance Canadian relations will turn south in a hurry.”

As problematic as these issues are, the sleeper that may cause us economic troubles is the impact on our European trading partners caused by our new sanctions on Iran.

Regarding the Federal Reserve, Valliere observed that Janet Yellen left on a high note and was a good Fed chairman. However, noting that Trump is no respecter of the historical separation between the White House and the Federal Reserve Bank, he added, “I think there will be friction between Trump and Powel. Trump doesn’t want rates hiked so this new chairman will have to tiptoe.”

Valliere also ventured into prognosticating on the 2018 midterm elections. He thinks the Republicans will maintain control of the Senate and possibly gain 2 or 3 seats. His best guess is that the House will flip to the Democrats. They need a gain of 23 seats to gain control, and the midterm average is for the party in control to lose 25 seats. “The wild card is if by Labor Day the GDP is growing by 3% and unemployment is 3.5%. Then people may vote their pocketbook and give the Republicans another 2 years.”

He then wandered into the 2020 presidential election, saying, “I believe that Trump easily has the Republican nomination,” because Mitt Romney and John Kasich are no threat. He noted that “80% of Republicans love this guy. His support is rock solid. No one in the Republican Party takes out Trump.”

In the general election he doesn’t see a Democrat strong enough to defeat Trump. Neither does he see a credible third party candidate.

As much as I agree with Valliere’s take on the economy, and as convincing as he is on Trump’s chances of winning a second term, I am not making any bets on that. In 2016 I was sure Hillary Clinton would be our next president, and I put my money where my mouth was. Maybe this time I need to play the contrarian and put my money on Elizabeth Warren. The one sure bet I can rely on is that both the economy and politics are too complex to easily predict.