Betting on a Winner With International Bonds

by foxcraft | The Economy, Weekly Column 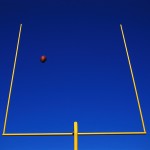 US investors and fans of the St. Louis Rams have something in common. Both have seen their home teams fall from prominence to mediocrity in the past ten years. In 2000 the Rams won the Super Bowl, but in 2011 they ended the season tied for the worst record in the league. The US ranked as the world’s third freest economy in 2000, but by 2010 had fallen to number 18.

How do investors allocate their funds in a country that’s in economic decline? Much like an ardent fan of the Rams who is also an astute gambler. You cheer for your team to win, but you place your bets on the stronger opponents.

It’s critical today to take a global approach to investing. Since the US now makes up less than half of the world’s wealth, it makes sense to invest the majority of your portfolio in the stocks and bonds of other countries. This is simply another form of diversification. Not only does it make sense to have US government bonds and the bonds from a wide range of companies in your portfolio, it also makes sense to diversify and hold a wide range of bonds of international companies and foreign governments.

While it isn’t uncommon for investors to have some exposure to international stocks, I find it is unusual for them to have investments in international bonds.

When you invest in bonds, you are lending to a borrower who promises to pay interest and to repay the loan on a certain date. Bonds represent an IOU from a US or foreign corporation or government.

As with any bond, an important factor to consider is the credit quality of the issuer. This can become more complex with foreign bonds, as many countries don’t have the same standards of accounting required in the US.

A unique feature of foreign bonds is the effect that currency exchange rates have on your investment. Fluctuations in the local currency can enhance or depress your returns. For example, if you want to purchase bonds denominated in the Australian dollar (AUD) you will first need to exchange your US dollars (USD) for AUD and then purchase the bonds. If the USD drops in value against the AUD, then the value of your Australian bonds goes up because your AUD now buy more USD. The reverse happens if the USD appreciates against the AUD.

There are two ways to purchase international bonds. You can buy bonds directly from a securities broker or purchase shares of a mutual fund that invests in foreign bonds. Any fund with “international” in its name invests only in bonds of countries outside the US. If the fund has “global” in its name, it includes both foreign and US bonds in its mix.

In my portfolios, I generally split my bond allocations 50/50 between the US and foreign bonds. Currently, our fund manager favors the bonds of Australia, New Zealand, and Canada.

The Rams did better in 2012 than in 2011, so fans can hope they regain their top status in 2013. We can also hope the US can stop its economic slide and regain its global prominence in the next decade. But until there is evidence of a turnaround, international bonds are one way to avoid betting too heavily on the home team.