“Most of my friends assume that business owners spend their money and time on cocaine and hookers.”

This jaw-dropping quote came from a young man I was talking with recently about money, investing, and running a business. I was shocked; this was a money script I had never heard. 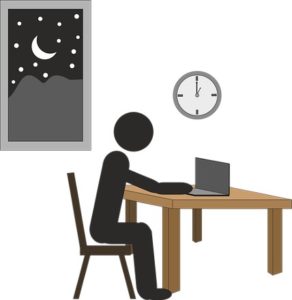 I asked if he was serious. He was. I asked if any of the friends with this belief were raised by a parent who owned a business. He thought for a moment and said, “No, not one.”

This conversation reminded me of a government employee who once told me, “Any person who succeeds in business had to do so illegally by embracing corruption and dishonesty.” He, too, was serious.

I was dumbfounded by both of these encounters. My experience of being raised by parents who owned a small business, and then going into business for myself, was quite different from these perceptions.

My father started his own business when I was four years old. I witnessed him working long hours. I remember the times when business was so bad he would have to borrow money to pay the bills and keep the doors open. Later in life I learned his business rarely made a profit and was just able to pay his salary.

He never shared with his employees how tight money was. When I went to work for him as a teenager, I remember listening to the talk around the water cooler. They all assumed he made far more money than what I knew was true.

In the years since, I have discovered many misperceptions about people who own real estate, are in business, or who have accumulated wealth.

The first misperception is that someone who owns real estate or a business has actually accumulated wealth. My 40 years of experience in financial planning has taught me that many, if not most, business owners would make more money working for someone else. And real estate owners accumulate wealth slowly. Most of them, myself included, struggle through some lean years with short or even negative cash flow until they finally pay off their mortgages.

Certainly, real estate or business owners who persevere over the long term can become wealthy. Being wealthy, according to various studies, is defined as having a minimum net worth of somewhere between five million and twenty million dollars.

This is the way one successful business owner described it: “Our company will celebrate its 50th anniversary next year. Probably the first 30 years were spent working 70-100 hour weeks at below minimum wage and dumping every extra penny back into the business. I would say it’s only been the last 10 years that we have begun to reap the financial rewards that we spent 40 years striving to attain, still working 60-70 hour weeks. I acknowledge our work habits may in part be a result of being stubborn Norwegians that don’t think anyone else can do things right, but most successful small business owners I know have pretty much dedicated their life to become successful.”

This focus and work ethic are what it takes to succeed at business ownership. It’s not a mindset that includes blowing money and time on cocaine and hookers.