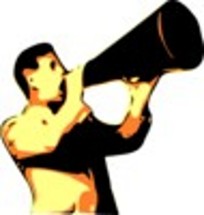 “Sell Everything!” That’s the advice to investors from RBS, a large investment bank based in Scotland, which issued the dire recommendation to its customers on January 8. The warning urged investors to sell everything except high-quality bonds, predicting the global economy was in for a “fairly cataclysmic year ahead….similar to 2008.” They said this is a year to focus on the return of capital rather a return on capital.

I was first stunned that a respectable investment bank would issue such a radical recommendation. Then I was amused at my own surprise. I had momentarily forgotten this is logical behavior for a company whose profits depend on its customers actively buying and selling. It is not legally required to look out for customers’ best interests and has no incentive to do so.

Clearly, the time-honored way of earning market returns over the long haul is to diversify among asset classes, rebalance religiously, and always stay in the markets. The research is overwhelming that shows those who attempt to time the markets have significantly lower returns over the long haul than those who don’t. According to a study by Dalbar, Inc., over the last twenty years the average underperformance of investors and advisors that timed the market was 7.12% a year.

What’s so bad about trying to minimize loses and selling out when things begin looking scary? Nothing. Who wouldn’t want to exit markets just in time to watch them fall so low that you could sweep up bargains by buying back in? Therein lies the problem: not only do you need to get out on time (not too early and not too late), but you must then know when to get back in.

The only way I know to do this is to own a crystal ball, which the economists at RBS apparently possess. Here are a few of the things they say to expect:
• Oil could fall as low as $16 a barrel.
• The world has far too much debt to be able to grow well.
• Advances in technology and automation will wipe out up to half of all jobs.
• Global disinflation is turning to global deflation as China and the US sharply devalue their currencies.
• Stocks could fall 10% to 20%.

The last prediction was the one that grabbed my attention. Given the comparison of the coming year to 2008, I expected a forecast of a significantly greater drop in stocks, say 40% to 60%. Comparatively, their forecast of 10% to 20% seems almost rosy.

Just for perspective, here’s a look at previous predictions from Andrew Roberts, the RBS analyst who issued the recent dire warning. In June 2010, he warned, “We cannot stress enough how strongly we believe that a cliff-edge may be around the corner, for the global banking system (particularly in Europe) and for the global economy. Think the unthinkable.” In July 2012, he said, “People talk about recovery, but to me we are in a much worse shape than the Great Depression.” Incidentally, one thing Roberts did not predict was the meltdown of 2008.

The inaccuracy of earlier dire predictions should encourage investors to stay the course. As usual, chances are that those who diversify their investments among five or more asset classes and periodically rebalance their portfolios will come out on top. The odds greatly favor consumers who ignore doom-and-gloom warnings, especially from those whose companies may profit from investor panic.