Coping With A Pandemic’s Divisiveness

Pandemics, unlike other disasters which bring communities and nations together, fracture relationships and social structures. 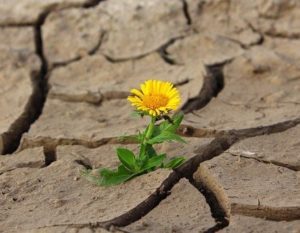 In a March 12 New York Times column, “Pandemics Kill Compassion, Too,” David Brooks discusses pandemics spanning back to the plague that enveloped Florence, Italy, in 1348.

There isn’t much happy talk in the column. As Brooks put it, “you may not like who you’re about to become.”

Brooks quotes Daniel Defoe, who wrote of the 1665 London epidemic in A Journal of the Plague Year that “…people had no room to pity the distress of others. …the danger of immediate death to ourselves, took away all bonds of love, all concern for one another.” According to a March 25 article at the American Psychological Association website, “Combating bias and stigma related to COVID-19“, “History has shown that epidemics and pandemics tend to provoke xenophobia and stigma. This was the case with diseases such as Ebola and MERS and it is now the case with COVID-19. An increasing number of news reports document instances of stereotyping, harassment and bullying….”.

Bloomberg’s Jeff Green in “Covid-19 Is Becoming the Disease That Divides Us: By Race, Class and Age,” writes, “Covid-19 may be remembered as the disease that divided us. The pandemic is affecting some groups more than others, stirring up a toxic mix of fear, resentment and schadenfreude.”

A pandemic also widens the division between rich and poor. Brooks cites an 1884 cholera epidemic in Naples. It hit hardest in poor neighborhoods, where people physically attacked public health workers because of rumors that city officials were deliberately spreading the disease. A March 30 Axios survey summarized by Margaret Talev reports that the rich and affluent have gone virtual, staying at home, while those with lower incomes have to “keep showing up at their workplaces or [are] more likely to have seen their work dry up.”

All pandemics eventually come down to someone making decisions as to who will live and who will die. Even worse, Brooks notes that, “In many cities over the centuries, municipal authorities locked whole families in their homes, sealed the premises and blocked any delivery of provisions or medical care.” On Feb. 2, 2020, Britain’s LBC radio reported, “People in China are being sealed inside their own homes as part of desperate steps to try and contain the spread of coronavirus.”

Similarly, the 1918 influenza epidemic saw incidents where ill and desperate people were left without care. The shame over such memories, Brooks writes, resulted in what Dorothy Ann Pettit’s 1976 dissertation, A Cruel Wind, described as “a sobering and disillusioning effect on the national spirit.”

“There is one exception to this sad litany: health care workers,” notes Brooks. “In every pandemic there are doctors and nurses who respond with unbelievable heroism and compassion. That’s happening today.”

I would like to believe we have evolved to be far more compassionate, rather than stigmatizing and withdrawing our care and concern from others. Yet that withdrawal is understandable, considering the primary reptilian brain survival instinct that says our survival depends on isolating from others. Distrust, shaming, and fear are some of the intense emotional drivers caused by the very actions of physical distancing necessary to slow the spread of the disease. Let’s hope that the technology which allows us to maintain social connections virtually will soften the emotional toll of today’s pandemic.

Ideally, most of us will be able to cope with more compassion than fear, living up to the wise and encouraging words of Britain’s Queen Elizabeth: “I hope in the years to come everyone will be able to take pride in how they responded to this challenge.”