Coronavirus and Your Investment Portfolio

by Rick Kahler | *Financial Awakenings, In The News, Investment, The Economy, Weekly Column

Last month I was interviewed by NBC about the impact the coronavirus (COVID-19) would have on world economies and investment portfolios. My first thought on receiving the phone call was, “Why is NBC calling me? I have no clue about the impact.” 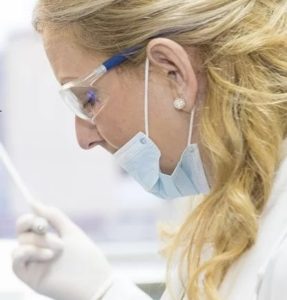 Obviously, the worst disruption will be to the economy of China. The 2003 SARS epidemic caused a temporary 2.4% decline in Chinese production. Nobody knows if the new epidemic will have the same, greater, or lesser impact.

It’s also reasonable to assume COVID-19 will affect the world economy through both disrupted supply chains and reduced demand. China makes up 15.5% of the global economy. Both its manufacturing of products like phones and auto parts and its purchasing of commodities are significant worldwide.

The Chinese government’s attempt to contain the virus with strict travel restrictions and quarantines means that millions of Chinese citizens are neither buying consumer goods nor being productive at work. According to Bob Veres of Inside Information, the Chinese government is pumping an estimated 1.7 trillion yuan from the People’s Bank of China into their economy in order to contain the economic damage it is causing with the quarantine measures.

The virus now totals more than 82,000 cases and over 2,800 fatalities. In my interview with a specialist in flu viruses and vaccines last weekend, he and his peers believe it will become a worldwide pandemic and the economic crisis will spread outside of China.

One way to roughly estimate the impact is to take a look at similar viral outbreaks. The 2003 outbreak of SARS (a previous strain of the coronavirus) saw the S&P 500 index fall 14% over the subsequent two months. However, the S&P was up nearly 21% one year later. Other outbreaks—the Avian flu in 2006, the Swine flu in 2009, the Ebola virus in 2014, and the Zika epidemic in 2016—resulted in initial downturns between 5.5% and 7%. A year later, the markets had recovered by between 10% and 36%. So far, in the two weeks after the coronavirus made headlines on January 17, the S&P 500 index fell 3%. It has since rebounded to all-time highs.

Aside from the overall impact on the global economy, there are plenty of losers and winners on a micro level. The story of Carnival’s Diamond Princess cruise ship, quarantined in Japan with more and more passengers testing positive for the virus, is one of the most visible examples. Carnival stock was down about 17% from mid-January to mid-February.

Wynn Resorts has been losing $2.6 million a day since its gambling resorts in Macao have been shut down by the Chinese government. The company’s stock is down by some 15% from its peak. Yum China Holdings, the parent company of KFC, Pizza Hut, and Taco Bell, has also lost 15% of its market value after having to shut down its China-based locations. Apple, which had already announced a reduction in its expected second-quarter revenues, reportedly may delay the release of its new affordable iPhone.

All of this means that my reaction of “I have no clue,” to the query from NBC is about as accurate as any prediction can be regarding the economic impact of the coronavirus. Bob Veres summed it up well: “History suggests that the market reactions to past pandemics have been temporary, just like all other kinds of market downturns. Not knowing when to get out and back into the markets constrains our options to hanging on and hoping—maybe expecting—that this time around won’t be very much different.”

While an outbreak like the coronavirus does affect the economy, it is still likely that the wisest course for investors is to choose not to overreact to headlines, remain with their current allocations, and rebalance on drops of target allocations of 20% or more.