Cost of Living and Minimum Wage

President Biden’s coronavirus stimulus package has the intention of flooding the economy with money at a time when economic growth is sputtering. Ironically, it contains one provision likely to create exactly the opposite of what he intends: raising the national minimum wage from $7.25 to $15.00 per hour. 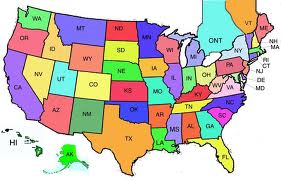 Treasury Secretary Jane Yellen says a $15.00 minimum wage will help the economy more than it would harm it, according to a January 24, 2021, article in MarketWatch by Elisabeth Buchwald. She says a $15 minimum wage will, “really help many” and that the job losses will be “very minimal, if anything.”

The problematic issue with raising the federal minimum wage is that there is no consistency in minimum wages between states. The highest include $13.50 in Massachusetts, $13.69 in Washington, $13.00 or $14.00 in California depending on the size of the business, and $15.00 in the District of Columbia. The lowest of $5.15, in Georgia and Wyoming, is superseded for many businesses by the current federal minimum of $7.25.

Why is that a problem? Wouldn’t it be a good thing for every state to have to pay a fixed federal minimum wage?

A flat “one size fits all” wage does not consider the enormous local variations in cost of living and taxes. What matters more than the dollar amount of the minimum hourly wage is the amount workers have left after paying taxes and what the remainder buys in goods and services.

Using data from the Council for Community and Economic Research as presented by the Missouri Economic Research and Information Center, I compared purchasing power adjusted for cost of living and taxes. The buying power of a worker earning $15.00 an hour in Washington DC is equal to that of a worker in Mississippi earning just $8.46 an hour or someone in South Dakota earning $9.67 an hour—just $0.22 more than South Dakota’s current minimum wage of $9.45.

It’s clear enough to both proponents and opponents that an increase in the federal minimum wage would increase both labor costs for businesses and the cost of goods and services for consumers. Some supporters of a $15.00 federal minimum wage seem to make two assumptions that I find amazingly naïve. One is that business owners could easily absorb the increased labor costs out of their (presumably high) profits. A second is that the higher costs of goods and services would primarily affect wealthier consumers.

The money to double some worker’s wages would not simply come out of profits. Many small businesses don’t have enough profit to absorb the increased costs. Nor would it realistically come from the rich paying more for goods and services. Small businesses would need to raise their prices on basic necessities as well as discretionary goods and services. This would raise living costs for everyone, not just the rich. Higher prices result in falling revenues to businesses as fewer consumers can afford to buy their product or service. Falling revenues mean small businesses will need to cut their payroll to survive.

The result is that a $15 national minimum wage would make lower-paying jobs even scarcer in smaller cities and states, thus wiping out the advantages of the higher minimum wage for many.

States need the power to set their own minimum wages to account for local cost-of-living expenses and taxes. A federal minimum wage needs to accommodate the wide range of living costs throughout the country.