Cryptocurrency In Your Portfolio, or Not?

Cryptocurrency has been getting a lot of headlines in the financial press the last few years, and I am often asked about investing in it. Many investment advisors expected the glory days of digital currency to be long over by now, yet it continues to get stronger, increase in price, and find a broader following. What’s up with crypto, and should it be in your portfolio? 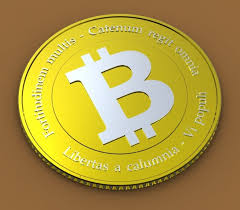 First, what is cryptocurrency? It is one form of digital currency, money that exists only in electronic form which may or may not be controlled by any country’s central bank. There are three types of digital currencies:

With interest from this many countries, it certainly doesn’t look like as if electronic money is going away anytime soon. What are the advantages of using digital currency to buy and sell goods and services?

There are disadvantages to crypto and virtual currencies as well.

It’s obvious the allure of digital currencies is not transactional. Nor are they viewed as a traditional investment with intrinsic long-term value, like real estate, stocks, or bonds. They are viewed as a speculation, a high-risk vehicle by which to get rich quickly, just like investing in options or future contracts.

Digital currencies typically have no place in any conservative investment portfolio. Instead, they need to be approached in the same manner as any risky speculation. Never borrow to speculate in virtual or crypto currencies, and never commit more money to speculating in them than you are absolutely comfortable in losing.