“Help Wanted: Entrepreneur.” You have probably never seen an ad like this, because entrepreneurs are not hired. They hire themselves. Merriam-Webster defines an entrepreneur as “a person who starts a business and is willing to risk loss in order to make money” or “one who organizes, manages, and assumes the risks of a business or enterprise.” 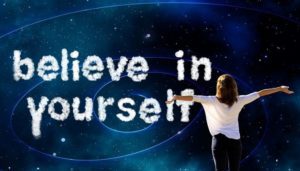 God bless entrepreneurs. Without them our world would look much different. We would probably still be living in caves, hunting with clubs, and eating raw meat. They create companies from scratch. In so doing, they create jobs and take significant monetary risks of a business failure.

They also stand to gain substantial rewards for success, but that success is far from guaranteed. Few people realize that most entrepreneurs fail in their attempts in business. According to Investopedia, 50% of all new businesses fail in 5 years, 66% in 10 years, and 75% in 15 years.

Given those statistics, the entrepreneurs who succeed must be rich, right? A study by Career Explorer found that the average full-time salary of an entrepreneur is $43,240 a year. To put this into perspective, the average starting salary for a graduating four-year degree student at the South Dakota School of Mines and Technology is $63,354. Maybe there should be a song, “Mamas, don’t let your babies grow up to be entrepreneurs.”

My experience, however, is that it really doesn’t matter what Mama says. The entrepreneurial mindset is somewhat inextinguishable. While there have been some attempts at teaching entrepreneurial skills, it’s hard to teach grit, determination, and perseverance, coupled with a good dose of fantasy thinking and denial. It’s really hard to “tell” an entrepreneur anything.

Fittingly, entrepreneurs love to invest in their own companies. Investment advisors call such holdings “tangible” investments, ones you can see and touch. Tangible investments include start-up businesses, family-owned businesses, and all types of directly owned real estate. They are inherently non-diversified and illiquid. Typically, entrepreneurs have the vast portion of their net worth tied up in their businesses. It’s incredibly rare to find one with a stash of cash or any type of liquid portfolio or retirement plan.

Why? The entrepreneurial mindset. First, entrepreneurs don’t believe in traditional diversification. Why settle for earning an average of 5% a year when you can earn ten times that in your business? Never mind that the chance of losing it all is three to one. Most entrepreneurs firmly believe they are the one guaranteed to succeed even though the deck is stacked against them.

Second is that since 75% of businesses ultimately fail, most entrepreneurs are losing, not making, money. They are perennially cash-poor and need every dollar they can find to fund their negative cash flows. Even those who are making money rarely have any liquid investments because entrepreneurs are always looking for new ventures, which of course, need funding.

One of the most difficult tasks I face is persuading a successful entrepreneur to take some hard-earned “chips” off the table and sock away a low-risk, diversified nest egg to assure a comfortable retirement. The only ones I’ve convinced to do that were older entrepreneurs who had owned their companies for well over 15 years and were under five years from retirement. All the younger entrepreneurs to whom I have given that advice have refused the notion. All have eventually lost 75% to 90% of their net worth and, sadly, the opportunity to secure their future.

The entrepreneurial mindset of determination and perseverance can bring significant financial rewards. Expanding that mindset to include a broader, more diversified view of investing for the future can turn those rewards into long-term financial independence.