Finding the Right Path to Wealth 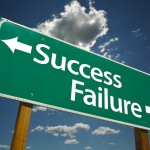 After three decades as a financial planner, working with successful wealth-builders, you’d think I would have a clear idea of the right path for creating wealth.

Instead, what I’ve learned is that there is no such thing. Here are just a few of the paths that aren’t the sure routes to wealth they might seem to be:

1. Education and career choices. Going into a field like law or medicine might seem to guarantee financial success. Not necessarily. I’ve seen many physicians, for example, who have accumulated significant wealth. I’ve seen just as many who live paycheck to paycheck.

2. High earnings. Again, this isn’t the reliable predictor of wealth it would seem to be. True, someone who spends decades in low-wage jobs is unlikely to be able to accumulate much financial security. But a person earning $1 million a year will not necessarily have a larger net worth than someone earning $75,000. I’ve seen people who worked as janitors, nurses, and mechanics become millionaires. I’ve worked with others, earning a hundred times more in careers like sales or entertainment, who reach retirement age with absolutely nothing.

3. Owning your own business. Many hard-working, creative entrepreneurs build successful businesses that provide wealth, not just for themselves, but for their children and grandchildren. Others might see a business or even a series of businesses fail. Still others might work hard all their lives but never achieve more than the equivalent of an average salary in their field.

4. Investment choices. Some people have had great success investing in various types of real estate, businesses, and commodities. Others have lost everything they ever owned investing in those same vehicles.

So, sorry, I can’t give you a simple list of the top ways to build wealth. There’s little commonality in how my successful clients have made their money. What I can suggest are a few ways to help you find your own path to accumulating wealth.

1. Define “wealth” in your own way. Maybe you’re willing to live frugally in order to accumulate enough money to feel secure that your needs will be met even if you live to be 100. Maybe wealth to you is living a lavish lifestyle and being willing to work hard to pay for it. You might see wealth as the satisfaction and responsibility of having your own business. Maybe it means being able to give generously. Or perhaps you define wealth as the freedom of owning little and traveling around the world on a bicycle.

2. Know what you are willing to sacrifice—and what you are not—in order to accumulate wealth. There’s nothing wrong with earning a high salary doing work you hate for a time, as part of an overall strategy to get you to doing something you love. But doing so for a lifetime is hardly the road to either happiness or wealth.

3. Think long term. The most reliable way to build lifetime wealth, with the lowest risk, is through a long-term commitment to diversified investing. Yet even those who are successful on riskier paths to wealth take the long view. Business owners may fail more than once before they succeed. And those who have made fortunes in high-risk investments have also lost fortunes. They understand that success is about taking calculated risks.

4. Learn to make conscious financial decisions. I’ve seen many intelligent, capable people stuck in financial chaos and poverty because of emotional pain and dysfunction. Emotional health may not be essential for building financial wealth. It is, however, essential if you want to use that wealth to support a rich and satisfying life.