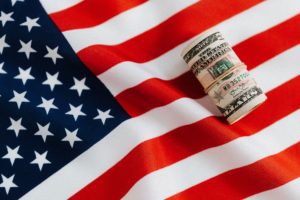 Last week I pointed out the strong improbability of Social Security failing despite President Trump’s promise to support eliminating the payroll taxes that fund it. Accomplishing this would require not only his reelection, but also Republicans retaining control of the Senate and regaining control of the House. There is only a miniscule chance of all three taking place.

Of course, since 2020 is the year of the unthinkable, maybe life might be found on Mars and maybe the payroll tax might be eliminated. Let’s examine what could happen if it were:

Even if the Republicans controlled Washington, it’s no guarantee they would actually deliver on the President’s promise. An all-Republican Congress and White House couldn’t deliver on the number one promise made to voters in the 2016 election: to eliminate Obamacare. It’s even more unlikely they would cut Social Security benefits. If you remember, in 2016 legislation was introduced to raise the starting age for Social Security benefits to age 69 by 2050. It went nowhere.

It’s important to understand that the federal government cannot go bankrupt. The “right hand” is not going to foreclose on “the left hand.” And if the Treasury needs money to spend on anything, it simply “borrows” the money from the Federal Reserve, which creates (prints) the money needed. Basically, the US Treasury has an unlimited line of credit that will never come due.

There is a fly in this ointment, however. While currency issuers like the US are not constrained by the amount of their own currency they can spend, they are constrained by inflation. It behooves central banks, like the Federal Reserve, to manage the money supply prudently in order to avoid impoverishing their citizens through devaluing the currency.

The big takeaway here is to understand that the debt of a sovereign currency issuer is default-free. The issuer can always meet debt obligations in the currency which it issues.

So, what would happen if Social Security were no longer funded by payroll taxes? In his August 26, 2020, Forbes article, “Yes, Trump’s Proposed Permanent Tax Cut Would Gut Social Security By 2023,” Erik Sherman writes: “Now, Trump has said that Social Security wouldn’t fail and that it is possible to fund it different ways, like out of general revenues. Such an approach would mean only shifting the spending from one pocket to another, requiring that the government revenue would have to make it up somehow.”

The article’s alarmist headline was based on a projection from Stephen Goss, Chief Actuary at the Social Security Administration, which assumed not only an end to the payroll tax but also no provision for replacement funding.

Yet Congress could authorize Social Security benefits to be funded in the same manner we fund Medicaid, directly by the US Treasury. The Treasury gets that funding from general tax revenue and makes up the annual shortfall by “borrowing” from the Federal Reserve, which simply creates the money needed.

That is why there is absolutely no reason that the Social Security system should ever run out of money. Politicians will not allow it to run short and will call on the Fed to fund whatever is needed.