When there’s drama in the stock market, I often learn about it at the gym. Case in point: the recent headline-grabbing hullabaloo about GameStop and Reddit.

Apparently, some limited partnerships (the slang is “hedge fund”) decided to “short” the shares of several companies. It appears a number of traders on the WallStreetBets forum on the social news platform Reddit decided to “punish” the short investors and manipulate the market by driving the stock price of the companies up. I suspect their unstated goal was to profit by forcing the short sellers to cover their shorts, causing the price to increase, eventually cashing out themselves while the stock was high, thereby banking millions. 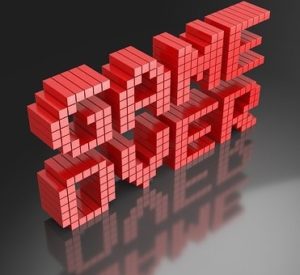 As a way of getting others to help drive up the stock price, they spun this manipulation as a revolt of “the people” against the “evil hedge funds” and a “rigged” stock market.

Hedge funds specialize in making sophisticated alternative investments designed to protect investment portfolios from market uncertainty while generating positive returns in both up and down markets. Because they are illiquid and can have higher risk than a plain vanilla investment like a mutual fund, the SEC protects small investors from potential financial harm by prohibiting them from owning shares in hedge funds. These funds are neither inherently “evil” nor owned only by the rich. Investors in hedge funds include state retirement plans, teacher pensions, and fire and police pensions.

Typically, investors buy stocks when they think they will rise in value. This is calling being “long.” However, it’s also possible for any investor (not just hedge funds) to profit if they think a stock’s value will go down. In “short selling,” investors borrow shares of stock (as opposed to money), then sell the stock. The goal is to use the proceeds to buy the shares back at a lower price, repay the loan of shares, and keep the difference.

Short selling is beneficial to stabilize markets and help prevent financial bubbles and fraud. Warren Buffet says “There is nothing evil, per se, about selling things short,” pointing out that financially sound companies can benefit from short sellers because those traders are forced to buy the stock back in the future.

Still, extreme volatility in a stock is seen as a sign of suspicious activity that may trigger an SEC investigation. Therefore, a number of brokerage firms, including Robinhood and TD Ameritrade, limited trading in GameStop, AMC Theaters, Bed, Bath and Beyond, Nokia, Blackberry, Express, Koss, and Naked Brand Group.

This normal response by these firms to stabilize the market and protect investors is being spun as the system being “rigged” to help the hedge funds by causing the price of the shares to decline and allow them to get out of their short positions with lower losses. Yes, that’s what happened last week. It’s just as possible that demand could have remained high and the share prices go even higher.

Ironically, accusations of a “rigged” stock market came from politicians and media outlets on both the extreme left and right. Both CNN and Fox News vilified the hedge funds and the brokerage firms that limited trading. Members of Congress joining in the drama included Representative Alexandria Ocasio-Cortez and Senators Elizabeth Warren and Ted Cruz. In this rush to appeal to populist voters, there are demands by elected officials and the media to outlaw short selling and option trading to protect the “little guy.”

In investing, just as in other endeavors, those with more sophisticated knowledge and experience have an advantage. This does not mean the market is “rigged.” The responses by the brokerage firms show that market manipulations will be checked—even those created, not by large companies, but by small investors banding together.