Give Kids the Gift of College Success 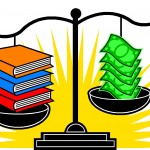 Do you want to give your children the best possible chance to do well in college, earn higher salaries, and save more for their retirement? Then don’t pay for their college education.

One of the most popular money scripts I encounter is the notion that being a good parent means paying for your child’s college. Many parents do this at the expense of taking care of themselves in retirement, which is a very high price to pay.

The most popular reason I hear from clients for funding children’s’ education is empowerment. They want to spare kids the burden of repaying school loans after graduation. They also want them to be able to focus on their studies without the distraction of having to work to put themselves through college. For most parents, allowing students to concentrate on classes so they can perform well, make better grades, and obtain better jobs, is a sacrifice worth making.

There’s just one problem with this scenario. It’s a myth.

In most cases, parents who fund their kid’s’ college education are insuring they will actually do worse in school than those who have to pay their own way. This is the finding of new research conducted by Laura T. Hamilton, published January 7, 2012, by The American Sociological Review under the title “More Is More or More Is Less?” Her study shows that students whose education is funded by parents or through student loans actually have lower GPA’s than students who in some way must work to put themselves through school.

Hamilton found that students who have to “do something” requiring them to take personal responsibility for obtaining the funds for their education do best and carry higher GPA’s. This includes those who receive grants, scholarships, or veteran’s benefits, or who participate in work-study programs.

Parental funds or borrowing “provide the time, money, and proximity (i.e., living on or near campus) necessary to delve deeply into college peer cultures,” Hamilton notes. The gift of time that student loans and parental funding provide isn’t usually poured into studies. Instead, students tend to focus that extra time on increasing their social life. The average college student receiving money from loans or parents spends less time on studies in college than in high school. Even though they spend about 28 hours a week attending class and studying, the research found they devote a full 41 hours a week to social and recreational endeavors.

The net result in this is a big personal and societal lose-lose. Those of you who have sacrificed your retirement to help your children through college have potentially done harm to both your children and yourselves. Your kids have probably done worse in college, thus obtaining lower paying jobs. This loss of potential income has downsides for both children and parents. Previous research has shown that parents who don’t fully fund their own retirement years will actually end up costing their children five times as much as the kids would have spent by funding their own college education.

Understandably, a few of you are now choking on your last sip of coffee as you read the last paragraph. This is not at all the outcome you intended.

The evidence is clear. Parents who take care of fully funding their own retirement instead of sacrificing to pay for their kids’ education are not being selfish. Instead, they give their children something far more valuable than the cost of tuition: the gift of success and achievement.