Happiness While You Work 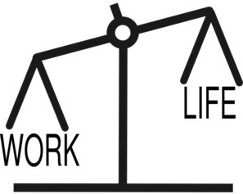 According to a new global survey on work and happiness, a significant number of us aren’t very happy about our workplace. That’s especially unfortunate, since working is how most of us spend the majority of our waking hours.

The results of the survey, the World Happiness Report, were summarized in the Harvard Business Review by Jan-Emmanuel De Neve and George Ward on March 20, 2017. When asked a yes/no question (maybe was not an option) if they were satisfied or dissatisfied with their jobs, most workers around the world said they were satisfied with their jobs. Austria has the highest job satisfaction with 95%, followed closely by Norway and Iceland.

Since I recently visited Iceland, this immediately grabbed my attention. While I acknowledge that my interactions with the workforce of Iceland were limited, I did not get the impression that most were happy. Most seemed to be relatively unhappy. And therein lies the difference: being satisfied with one’s work does not equate to being happy with it.

When asked if they were happy, people’s responses varied greatly depending whether they were blue-collar workers, white-collar workers, or small business owners. About 60% of those who were managers, executives, or professionals (white-collar) reported being happy, while just 45% of those working at more labor-intensive jobs (blue-collar) said they were happy. The number of happy workers was higher—65% to 75%—for workers living in North America, Australia, New Zealand, Western Europe, and Central and Eastern Europe. Regions like South Asia and Africa reported lower happiness levels, from 40% to 55%.

One fact I found especially interesting is that business owners had lower levels of happiness than full-time employees and generally ranked in the middle of the happiness range in most regions. This probably comes as no surprise to a small business owner. My 35 years of experience doing financial planning for business owners finds that many work harder, take greater financial risks, and make less than if they did the same job for a larger company. Maybe there is an opportunity for a country western song here, “You can take this business and shove it.”

No matter how unhappy you may be working, you would be even unhappier unemployed. De Neve and Ward note that “unemployment is destructive to people’s wellbeing.” Those employed rate their happiness higher in every region in the world. The study also found that repeated incidences of unemployment permanently decreases a person’s happiness, which doesn’t rise to previous levels after they have found a new job.

While most workers are satisfied with their jobs, only about 50% are happy with their jobs. But how happy is happy? The surveyors wondered how many workers were really fulfilled, engaged, and excited about their jobs. To find this out, they asked the respondents if they felt “actively engaged,” “not engaged,” or “actively disengaged.”

Clearly, the planet has an epidemic of people not being excited to go to work in the morning. Most people are not finding fulfillment, connection, happiness, growth, or challenge in their workplace.

If you are one of them, it may be worthwhile to evaluate your job choices. Since work requires so much of our time, being engaged and happy with it has a significant impact on our well-being.