by foxcraft | In The News, The Economy, Weekly Column | 5 comments 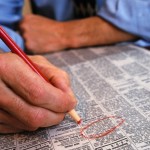 In an economy that isn’t exactly robust, how can unemployment be going down? The recent drop in the unemployment rate from 8.1% to 7.8% caught almost everyone, including me, by surprise. The GDP grew by only 1.5% in the first quarter, and its growth was under 2% for the last 12 years. To get the economy moving again we will need growth of 3% a year.

It isn’t surprising that many pundits were questioning the timing within minutes after the latest unemployment numbers were announced. After all, unemployment is one of the major issues in the Presidential election. Former General Electric CEO Jack Welch and several Fox News commentators even suggested the administration was cooking the books.

I don’t believe the Bureau of Labor Statistics is manipulating unemployment data. The process of computing the data is straightforward and transparent. Two surveys go into projecting the unemployment rate, one covering 400,000 businesses and the other questioning 60,000 households. The surveys ask about the number of full-time and part-time employees, whether the part-time employees really want full-time employment, and whether those without a job have looked for a job within the last month.

But that doesn’t mean the books aren’t cooked. They are.

“The way the government derives the unemployment numbers has changed significantly over the last 30 years,” writes John Mauldin, editor of the economic newsletter Thoughts from the Frontline, in the October 8, 2012, issue. “Whatever administration is involved, the new equations for determining unemployment result in a lower unemployment rate than they would have if the 1980’s methodology were still in place.”

One of the more bizarre changes in the unemployment rate calculation is that people are not considered unemployed unless they have looked for a job in the last 30 days, even if they currently receive unemployment benefits. Mauldin says there are probably many people who haven’t looked for a job in the last 30 days and that most, if not all, of them would consider themselves unemployed. “If you’re not disabled and you’re receiving unemployment or welfare benefits I think you should be counted as unemployed,” he says. He estimates our actual unemployment rate is well over 12%, which doesn’t take into account the 50% of college graduates who are underemployed.

It’s the same story with the Consumer Price Index, which the government has continually tweaked to give the illusion of a lower CPI than if the 1980’s formula was used.

The economy has currently regained about half of the jobs lost in the Great Recession of 2008-2009. According to the Liscio Report, it will take another 40 months to reach the level of employment we had prior to the recession. That is if we don’t have another recession, which is doubtful. If all the tax increases slated for January 1 go into effect, the Congressional Budget Office says GDP will shrink 2.9%, which guarantees a recession.

So, what was behind the fall in the unemployment rate this month? According to Mauldin, the entire drop came from an increase in part-time workers. He says, “That such significant numbers of people can only find part-time work is not a sign of a strong and growing economy.”

When we look a little deeper, maybe the latest unemployment numbers aren’t such a surprise after all.