Helping the Rich get Richer and the Poor get Richer 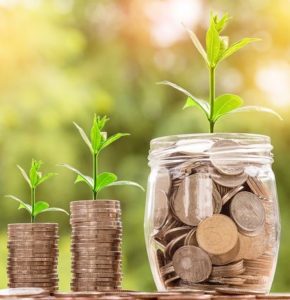 One of the pillars of my profession of financial planning and counseling is to help people get richer. For many people, this statement might evoke the idea of “income inequality” as summed up by the phrase “the rich get richer and the poor get poorer.” This is a common money script around a topic that evokes a lot of difficult emotion.

Of course, there are people who have wealth that tends to increase over time. This includes some who inherit vast wealth and others who achieve wealth through business ownership or creative successes. It also includes those who live on less than they make, invest the difference, and make sound investment decisions with the money they have saved.

Regardless of the economic class people start out in, one of the goals of financial planning is to help them expand their lifestyles—in in other words, to get richer. We help them build wealth so they can afford to send their children to college, or can take care of themselves in old age, or can someday not have to work for an income. We help the poor to become middle class, the middle class to become affluent, the affluent to become rich, and the rich to become richer.

When I frame “the rich getting richer” in that manner, people typically respond, “I never thought of it that way.” It contradicts the popular interpretation that the way the rich get richer is by taking from the poor, hence “the poor get poorer.”

Certainly it’s true that some rich people and companies do exploit the poor or try to influence legislation in their own interests. The artificially high prices they charge can be one factor in causing the poor to get poorer. Examples of this might include the secondary educational system as well as industries where excessive regulations limit competition.

Some get poorer through choosing careers with little future, not taking care of their health, or making poor money decisions such as financially enabling children. Others are caught up in destructive behaviors like addictions or compulsive gambling. A few even choose poverty for religious or philosophical reasons.

As with many things, income inequality is complex. For example, some people choose to take large risks that could result in their becoming very rich or very poor. Others choose the security of a steady paycheck. There could ultimately be a huge wealth gap between the entrepreneur who hits it big and the more conservative person who wants to play it safe. Does that mean the gap is inherently bad, or that the risk-taker doesn’t deserve the rewards of success? Certainly, the risk-taker could have ended up far worse than the person who played it safe. Does that make one right and the other wrong? I don’t believe so.