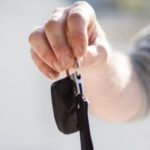 Yet there’s one important difference. When you buy a car the roles are clear. You know going in that the salesperson is there to sell you their product. You understand it’s your responsibility to do your homework and know what you need and can afford.

That clarity of roles is purposely clouded in the financial services industry. The “salespeople” are rarely referred to as such. Instead they call themselves creatively contrived variations like “financial advisor,” “financial planner,” “financial consultant,” or “financial representative.” The only advice a financial salesperson gives is in conjunction with the sales pitch to buy their product, where the incentive for them is receiving a commission.

This pretense that salespeople are working for the customer rather than the financial firm that employs them creates an inherent conflict of interest. The salesperson’s financial rewards come from pushing products versus giving client-oriented, comprehensive financial advice.

The conflict of interest resulted in many brokerage and insurance firms in the 1980’s providing incentives for their salespeople to push high commission products while hiding the high fees. Just one of many examples was described in a 1993 article in the Los Angeles Times. Prudential allowed salespeople to cheat customers out of $3 billion of losses invested into 700 Prudential limited partnerships that were high-risk and “rife with misconduct” while telling investors they were “safe, high-yield investments comparable to bank certificates of deposit.” The company finally agreed to a fine of $371 million, representing about 12% of what investors lost.

You might think that, 24 years later, things have changed and large financial firms selling products have changed. They haven’t. One recent example was the $185 million fine paid by Wells Fargo over charging their customers fees for financial products they didn’t authorize.

Also, two years ago JPMorgan was fined $307 million for product pushing. Last year they were fined $264 million for their part in a vast foreign bribery scheme.

In 2015, one of the top JPMorgan representatives, Johnny Burris, who has been in the business for more than 25 years, refused to steer clients into proprietary JPMorgan funds that he felt had become rife with high fees. As reported in Financial Planning magazine, he was let go by the company.

But wait, that’s not all. If you think Wells Fargo and JPMorgan’s fines were notable, think again. According to the Columbus Dispatch, Bank of America has paid $76.6 billion in 31 settlements from 2009 to 2016. During the same period, Chase Bank paid $38 billion in 22 settlements and Citigroup paid $15.8 billion in 15 settlement cases.

With a track record like this, you might think that consumers would be demanding wholesale changes in the way we regulate financial advice. They probably would be if they were personally aware of how hidden costs and fees cost the average investor thousands of dollars a year. No wonder that big financial firms can afford to pay billions in fines as a cost of doing business.

Other countries, including Australia, Canada, and the UK, have required a distinct separation of financial advice from financial sales. Hopefully the US won’t let another 24 years go by with no changes in the way we regulate companies that sell financial products. For those changes to be driven by consumer demand, more investors need to learn about the costs they pay and to realize that sellers of financial products are not that different from sellers of cars.