Financial advisors who charge commissions are two to eight times more likely than those who charge fees to recommend risky investments. This is the finding of a survey done by the North American Securities Administrators Association (NASAA) of 516 financial firms with 1,552 investment advisors. 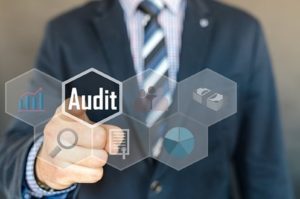 The information came from the NASAA’s audits of the firms. It found that the advisors who were compensated by commissions (Broker-Dealers) were seven to nine times more likely to recommend risky products like private placements, variable annuities, and non-traded REITs. The report found that “almost none” of the Registered Investment Advisors (RIAs) who charged fees  recommended such products. The obvious question is why.

Is it because the clients of the commission-compensated advisors were younger, high income earners, or more sophisticated investors who understood the inherent risks in these investments? This is highly unlikely. In my experience, people who own these products have a greater probability of being older, low income, or unsophisticated.

Risky investments like variable annuities, non-traded REITs, and private placements typically pay out large commissions—some as high as 10%—to advisors who sell them. For someone whose entire compensation comes from commissions, the choice between selling a mutual fund of REITs that pays a commission of 0.25% or a non-traded REIT that pays out 10% can be a tough temptation to overcome, regardless of which product would be better for the client. It would take 40 sales of the REIT mutual fund to equal the income from one sale of the non-traded REIT.

Not surprisingly, a number of trade groups who represent the 2,000 firms which sell these products attempted to pressure NASAA to not go forward with the audit. To NASAA’s credit, Andrea Seidt, Chair of the organization’s Regulation Best Interest Implementation Committee, responded that the audit “would not be suspended.”

Why were these firms so worried about the audit?

To answer that question, consider what consumer would knowingly choose to buy an investment that was higher risk with a commission up to 40 times higher, rather than a lower cost, lower risk alternative. It’s clear that if the consumer knew the facts, most would not.

Therein lies the problem. Most consumers have no idea of the risk or the high commissions imbedded in the investments they make. They tend to assume all those with “financial advisor” on their business cards or websites are the same, not understanding the differences can be night and day.

Also, since advisors compensated by the products they sell don’t charge fees, they can give consumers the illusion that their advice is “free” or “low cost.” Usually, nothing could be further from the truth. If a consumer is not writing a check for the advice they get, chances are there is a hidden imbedded commission cost that is often many times more costly than the fee charged by an RIA.

It makes intuitive sense that financial advisors who charge fees for financial advice have the incentive to place their clients in less risky investments that don’t charge any commissions. Because these advisors are typically independent and often earn much less than their commission-rich competitors who advertise heavily, consumers have to do a lot of research to find them. One good place to start is NAPFA, the National Association of Personal Financial Advisors, whose members are fee-only financial planners who do not sell investments.