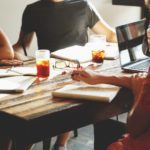 “Holacracy is not something to go beyond, it is beyond.” This statement from David Allen, author of the iconic book, Getting Things Done, illustrates the challenge of describing the Holacratic approach to operating an organization.

Allen was a speaker at the first Global Holacracy Forum, held in Amsterdam, which I recently attended. It was a chance for Holacracy thought leaders from around the world to network and learn more from each other.

What is Holacracy? One of its founders, Tom Thomison of Encode.org, calls it “a complete wholesale replacement for management hierarchy” and says, “It’s exploring work in pursuit of purpose.”

Many of those attending the forum referred to Holacracy as a new operating system for organizations. Decision-making is taken from the “top” and distributed among clearly defined roles. The Holacratic structure is a highly disciplined way of working that invites everyone to become an entrepreneur in carrying out their role to achieve the purpose of the organization. Holacracy is not egalitarian or a democracy. Its goal is to serve the purpose of the organization by inviting people into conscious relationships with themselves and each other.

As good as that may sound, not every company or every person is a good fit for Holacracy, as forum participants pointed out. “There is a lot of deep individual behavioral change that needs to happen to successfully transition to a Holacracy,” said co-founder Brian Robertson. Frank Klinkhammer, of NetCentric in Zurich, added, “The personal development of every partner (employee) is now important to the whole group. Do not over-estimate a person’s ability to change, or even your own.”

Robertson said a significant number of companies claimed to have adopted Holacracy but soon dropped the system. “Most of those thought they were doing Holacracy but instead still maintained their management hierarchy and just ran the Holacratic meeting structure.” He noted that, in his experience, companies that make the leap and fully adopt Holacracy say they will never go back.

One of those is David Allen, who discovered Holacracy six years ago when he was about to fold his company of 45 people. He found it the perfect organizational overlay to his system of Getting Things Done. “Holacracy is about optimizing an organization, Getting Things Done is about maximizing the productivity of an individual.” Allen also emphasized the importance of individual behavioral change, saying, “People must know how to manage themselves first to exist in Holacracy.”

What is it worth to people to work in a Holacratic company? According to market research done by Michael DeAngelo, who works for the state of Washington, employees in the Seattle area must be offered 30% to 40% more a year to leave a Holacratic organization to work at a traditional company. He says a company using Holacracy “offers everything the workforce values: flexibility, a sense of purpose, autonomy, and personal and professional growth.”

When is a good time to adopt Holacracy? “There is never a good time to start,” said Allen. I would agree. When I adopted it four years ago, we had just lost a key employee who did a little bit of everything. I wanted a system that required less management, had clear job descriptions, and would give my staff more personal responsibility and freedom. I found all that and more in Holacracy. I also under-estimated people’s ability to change their behavior and flourish rather than flounder with the increased freedom and responsibility.

Despite the challenges of implementing it, I do believe Holacracy is, as Robertson described it in his closing remarks, “a radical new way to organize power.” He believes Holacratic principles can fundamentally change the power structures of society.