How Much is “Rich?” Income Vs. Net Worth

How much money does it take to be wealthy? As I’ve pointed out in previous columns, this is basically an unanswerable question. It depends on too many variables, such as social norms, personal circumstances, accounting methods, lifestyle, and financial standards. Perhaps most significantly, it depends on whether you’re considering net worth or income. 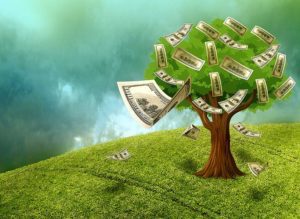 An annual wealth survey by Charles Schwab focuses on net worth, asking what level of personal net worth would constitute wealth, what level would result in financial happiness, and what level would be considered financially comfortable. Interestingly, this year’s respondents answered all three questions with significantly lower numbers than those from last year. The difference, I suspect, is due to the impact of the pandemic.

I wish the survey had asked participants their estimates of the annual income to make people wealthy, happy, or comfortable. My hunch is that the answers would have been higher numbers than the income each of these net worth amounts could sustainably produce.

You may be surprised at how low the sustainable income is for each of these amounts. Most folks over-project the income a sum of money will sustainably generate. For example, it wouldn’t be unusual to assume an 8% return (which is historically what stocks have produced), apply that to $1.9 million, and conclude that an annual income of $152,000 was possible, almost double the $76,000 I suggest.

One problem with this conclusion is that the return will never sustainably be 8%. It will be 15% one year and negative 15% another year. The downside fluctuations could result in depleting the capital in down market years. The wild fluctuation of an all-stock portfolio is something few retirees can tolerate. There is a huge risk that a person will panic in a normal bear market downturn of 40% and sell out, incurring unrecoverable losses.

Still another problem is that by withdrawing all the return from the investments, nothing is left in the portfolio to help it keep up with inflation. The importance of adjusting an income for inflation is a far bigger deal than most people realize.

Let’s assume (unrealistically, but for the sake of argument) that the 8% average return was a level, sustainable return. The $152,000 would gradually buy less and less as the years went by as inflation rolls on. For example, even assuming inflation at the historically low rate of 2.5%, after 30 years the $152,000 would only buy $72,500 of goods in today’s dollars.

On the other hand, withdrawing a sustainable lifetime income of $76,000 from the $1.9 million portfolio would actually allow the portfolio to grow to keep pace with inflation. In 30 years, its income would be $159,000.

Knowing your net worth can be one tool to assess whether you are on track in preparing for retirement. The more significant information, however, is a realistic estimate of whether that net worth can provide a comfortable and sustainable income.