“How will the outcome of the U.S. election impact retirement planning, and what actions are you taking now?” Financial Planning Magazine asked 320 financial advisors this question. Nine out of 10 believed the election would have a lasting negative impact on their clients’ portfolios. Several advisors were encouraging clients to sell equities and increase their cash positions ahead of the election. One said, “The equity markets test all-time highs and we have such uncertainty regarding our future leader.” 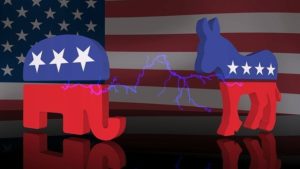 This article perfectly frames the dramatic 2020 election climate. Yet it ran on September 13, 2016, when it seemed inevitable that Hillary Clinton would be the next president.

Basically, the average advisor was acting out what the average client was thinking: “When things look rocky, let’s bail out.” Based on what we know of how the brain works, there is a high probability this isn’t good news for their clients. As an investor who does not have a financial advisor recently told me, “The biggest value proposition of having a financial advisor is keeping you in the markets during downturns.”

Of course, Clinton did not win in 2016, and the all-time high markets did not collapse but went on to even higher highs. Clients who followed advisors’ advice to get out were hurt financially.

The more strongly people buy into the rhetoric of their political parties, the more difficult it is to be pragmatic about their investments. I’ve witnessed this play out every four years when we elect a president. Without fail, a handful of clients become very fearful of an economic Armageddon if what they view as the “wrong” presidential candidate will win or the “wrong” party will take control of Congress. They typically want to liquidate their portfolios ahead of the political and economic disaster that will undoubtedly unfold and sit safely on the sidelines, waiting until “things are better” before jumping back in.

This year was no different. I had a number of clients afraid that if Joe Biden won the presidency the markets would plummet. Even worse, they feared, was having the Democrats flip the Senate and take control of Congress, guaranteeing that stock markets would crater.

I encouraged all of them to stay the course, noting that if past events were any indication, the stock market would probably go up if there was a Democratic sweep. Most of the fearful clients reacted to this opinion as if I had lost my mind.

Rarely, if ever, do events unfold in the way investors fear. Even though this time, unlike 2016, the Democratic presidential candidate did win, the Dow Jones Index rose 6.9% the week of the presidential election. It rose another 1.6% last week upon the Democrats winning the Georgia Senate seats and control of Congress. Altogether, the market is up a stunning 16.5% since its pre-election close on November 2.

Those who sold out their portfolios before the election and sat on the sidelines have lost a lot of money. For every $1 million pulled out of the market they have lost $165,000. Once again, we learn the folly of trying to hang our financial futures on predicting how stock markets will react.

That is why, viewed in the context of your long-term retirement portfolio, it’s rarely wise to bet your financial future on passionately held political beliefs. Could there be some short-term swings in the stock market? Certainly. Bear markets usually happen in the first 18 months of a new president’s term, regardless of their party affiliation.

As usual, the best way to election-proof your portfolio for the next election cycle is to leave it alone. Tuck that bit of advice away for 2022 and 2024.