Is Your Portfolio At Risk From State Bankruptcy?

by foxcraft | *Financial Awakenings, In The News, Investment, The Economy, Weekly Column 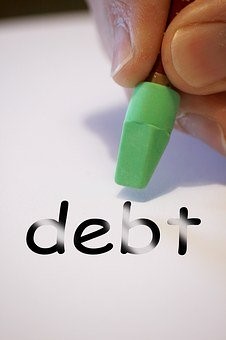 Apparently, McConnell made his comments out of frustration that the National Governors Association wants $500 billion more in direct federal aid on top of the $150 billion provided in the $2.2 trillion coronavirus relief bill. Such comments from elected leaders, made without much thought to their consequences, can produce considerable anxiety.

Within hours I received several emails from clients wondering if they needed to take action on the possibility that South Dakota might declare bankruptcy. One wondered if she should withdraw some money from her bank and another was concerned his bond portfolio might be impacted.

Here are some quick facts about bankruptcy that may help reduce any anxiety you might feel.

I was able to assure my clients that their bank deposits and bond funds would not be impacted, as the Constitution basically prohibits states from declaring bankruptcy. McConnell says he would support federal legislation to allow states to declare bankruptcy. Any such legislation would likely lead to legal challenges.

Bankruptcy is a legal process where individuals or entities who don’t have enough money to pay their debts can restructure or eliminate some or all of their debts. Individuals and companies can file for Chapter 7, 11, or 13 bankruptcy. Chapter 7 wipes out all debts, while Chapters 11 and 13 reorganize the repayment terms of the debt.

Even though states can’t declare bankruptcy, Chapter 9 of the code allows cities, counties, and school districts to do so. Some entities that have filed for bankruptcy are Detroit, MI; Orange County, CA; and several California cities including Stockton, San Bernardino, Richmond, and Oakland.

Typically, those hurt the most in bankruptcy are the people or organizations that loaned money to the bankrupt entity. This includes pension funds that don’t have enough money to pay their obligations and must rely on the state to make good on their promises. It would also include investors that hold municipal bond funds, commonly known as tax-free bonds. Money loaned to states, school districts, and municipalities typically provides tax-free income to the investor. The tax-free status allows the government entities to borrow money at lower rates than taxable bonds like corporate or federal government bonds.

Ironically, as state pension funds go, Kentucky, represented by Senator McConnell who favors state bankruptcy, has the most underfunded public pension fund in the nation. Only 33.9% of its obligation is funded, according to 2018 statistics from the Foundation for Economic Education and Bloomberg’s Danielle Moran. I suspect the Senator would not be held in high esteem if a bankruptcy filing by Kentucky resulted in thousands of his constituents seeing 66% of their monthly retirement checks from the pension disappear.

Even if states could declare bankruptcy, citizens of South Dakota have very little to worry about. On the basis of its solvency in five separate categories, South Dakota ranks second among the US states for fiscal health, according to the October 2018 ranking at mercatus.org of states by fiscal condition. The Foundation for Economic Education also finds South Dakota has one of the most heavily funded pension plans in the nation at over 100%.

If a state could file bankruptcy, the good news is that it would emerge with less debt and lower payments. The bad news is that it would lose significant credibility as a borrower and find future loans to be unobtainable or interest costs to be very high. This could cripple its ability to raise operating capital or fund capital improvements. The negative consequences would affect the state’s residents for years.