Keeping an Eye on Our Economic Freedom

by foxcraft | In The News, The Economy, Weekly Column 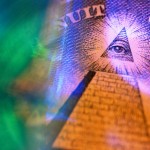 The United States has experienced a “remarkable plunge in economic freedom” over the past ten years. This is the conclusion of the 2012 Economic Freedom of the World Annual Report, by Gwartney, Lawson, and Hall.

The report measures the degree to which a country supports the cornerstones of economic freedom, defined as personal choice, voluntary exchange, freedom to compete, and the security of privately owned property. It surveys forty-two variables used to construct an index that measures 144 countries in five areas of economic freedom: the size of government, property rights, sound money, freedom to trade, and regulation.

For 20 years, from 1980 to 2000, the U.S. usually ranked as the third freest economy in the world behind Hong Kong and Singapore. By 2005 the U.S. fell to eighth, and by 2010 it was ranked 18th. In addition to Hong Kong and Singapore, the US is now less economically free than New Zealand, Switzerland, Australia, Canada, Bahrain, Mauritius, Finland, Chile, UAE, Ireland, United Kingdom, Estonia, Taiwan, Denmark, and Qatar. Right on our heels within .08 of a point are Kuwait, Cyprus, Japan, Oman, Jordan, and Peru.

The size of government measures the degree to which a country relies on personal choice and free markets rather than government control of markets and politics. Countries with low levels of government spending, a smaller government sector, and lower tax rates did best in this measure. The U.S. ranks 78th in this category and has seen the size of its government and control over markets significantly expand in the past 10 years.

The security of property rights and a legal system that protects them is the foundation of economic freedom and free markets. If businesses and individuals don’t have confidence that contracts will be enforced and their investments protected, it sabotages their incentive to produce. And production is at the heart of any strong economy. The U.S. ranks 28th among nations in property rights and a strong legal system. This decline is one of the more surprising to me.

The report suggests several reasons for the low rating. One is the U.S. expansion of eminent domain powers that now allows cities to condemn private property for resale to private developers, something that was once unthinkable. Another example is the violation of the property rights of bondholders in the government bailout of GM. Finally, the ramifications of the wars on drugs and terrorism, with laws allowing the government to invade and seize property, have contributed to the sharp decline of property rights.

Sound money is the oil that keeps an economy running. While sovereign governments cannot involuntarily go bankrupt because they can create money, they are constrained by inflation. To earn a high rating in this category a country must have a low and stable rate of inflation. This is where the US scored highest, ranking seventh.

The countries with the most freedom to trade internationally have low tariffs, easy clearance and efficient administration of customs, and few controls on the movement of capital. The U.S. ranks 57th in free trade.

Clearly, there can be no doubt that the U.S. is in economic decline. The economic freedoms we once took for granted are slowly slipping away. Only time will tell if we will rally and turn back toward the economic principles that once made American the envy of the world, or whether we will continue our slow fall to mediocrity.